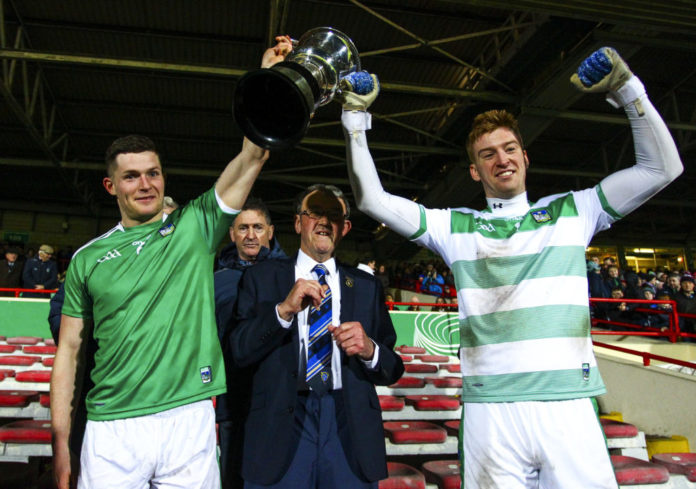 The Limerick footballers travel to Antrim this Sunday to face the Saffrons in round five of the National Football League in O’Cathain Park, Portglenone

Antrim have bested Limerick in their previous two league meetings, winning out 1-11 to 2-12 in Newcastle in 2019 and 0-12 to 1-13 in the Gaelic Grounds the previous year.

However, this is a different Limerick animal under Billy Lee, with the footballers holding a 100% record from their seven games in 2020.

Three wins in the McGrath Cup, including an impressive victory over Cork in the decider has been followed by four consecutive National League wins.

Limerick are now in pole position to earn promotion to Division 3 for the first time since 2016 as they are two points clear at the top of the table.

Their opponents this weekend Antrim lie on five points with two wins, a loss and a draw from their games thus far.

Should Limerick win on Sunday, then Antrim will not be able to catch them with two rounds remaining.

If Wicklow and Sligo fail to win on Saturday, Limerick will know a win in Antrim will see them promoted with two games to go.

However, Billy Lee is taking nothing for granted and is cautious heading to Antrim against a side who have had the better of Limerick in recent years.