The Munster Rugby Medical Department have confirmed that Joey Carbery’s expected return to training will be at the start of pre-season ahead of the 2020/21 campaign.

Munster management confirmed last week that Carbery underwent another ankle surgery with the recovery period to run concurrently with his recovery from a wrist injury sustained against Ulster. 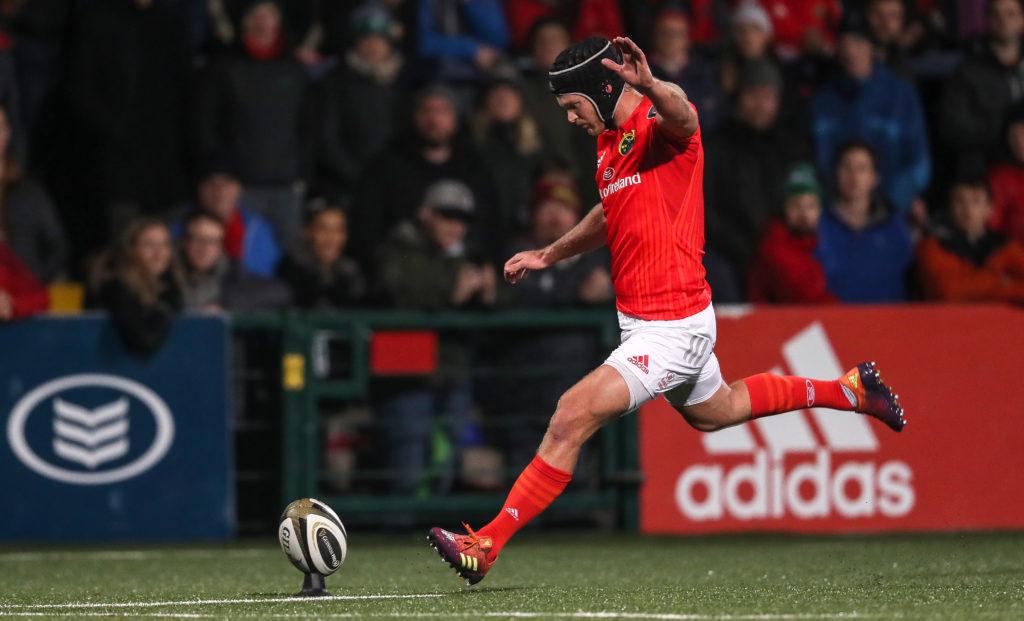 There were 12 Munster players in All Ireland League action for their clubs at the weekend.

Five Munster men featured in the Limerick derby between Garryowen and Young Munster on Friday night as the Cookies claimed an 11-7 victory.

Academy trio Alan Tynan, Keynan Knox and Josh Wycherley all featured for Young Munster with Tynan kicking a penalty in the win.

Senior prop Liam O’Connor and Academy pair Alex McHenry and Jonathan Wren started for Cork Constitution as they kept their winning run going with a 27-0 win over Dublin University.

Academy man James French featured for UCC as they fell to a 14-12 defeat to Terenure College.

Senior prop Ciaran Parker and Academy men Jake Flannery and Eoghan Clarke were in action for Shannon as they fell to an 18-0 defeat away to City of Armagh.