LIMERICK’S Georgian heritage has been given a 21st century reboot by management training and consultancy company Ingenium whose sensitive renovation of a landmark city centre building has set the standard for similar regeneration projects.

The ‘68 Project’ involved a complete transformation of the four-storey over basement building at 68 O’Connell Street into a significant city centre commercial campus.

This work included a new contemporary extension to the rear of the building, with a generous sized apartment on the top floor and a Mews music recording studio.

Ingenium Chairperson, Finola O’Donnell said the project gave them the opportunity to create something unique “where we can celebrate Georgian living today as part of the Limerick’s inner-city rejuvenation.

“When we acquired the 68 O’Connell Street site in 2017, we had no idea of its true potential. Our minds were opened when we explored the opportunities for connecting old and new, bringing the past into the modern era and blending contemporary business living with over 200 years of history,” Ms O’Donnell explained.

Demonstrating first-hand their belief in community and its importance, Ingenium partnered with the Limerick School of Art & Design and commissioned a number of students and graduates to create a selection of art that celebrates the intertwining values of the company with the historic building.

Ingenium chief executive Dr. James Ring said that the 68 Project was not just proof of the company’s investment in Limerick’s home-grown talent but to be a “stunning statement that showcases beautifully the foundation of who we are as a company and what we represent: Integrity, collaboration, excellence, innovation and most importantly, a passion for people.”

“The building is part of Limerick’s primary Georgian district, known as Newtown Pery, largely built between 1770 and 1840. Limerick has the largest Georgian streetscape in Ireland outside of Dublin, and one of the most extensive in Europe.

“Like this significant building, Ingenium is on a development journey – one where we work with clients, address their challenges and focus on tailoring solutions so that all stakeholders in change can see the rewards.

“68 O’Connell Street is also home to the new inner-city music recording studio at the mews – already a future home for young up-and-coming music artists to house their creativity and innovation.

“This lively addition won’t be giving neighbours any late nights thanks to a number of inventive design features to prevent sound from leaving the studio.

“For us, this project is about turning a vision into reality. We hope that this development serves as an indicator for potential clients who are looking for support to propel their organisations and their talent forward,” Dr Ring concluded. 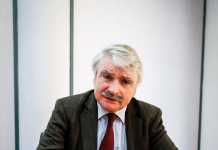 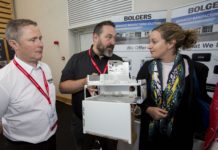 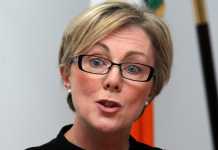