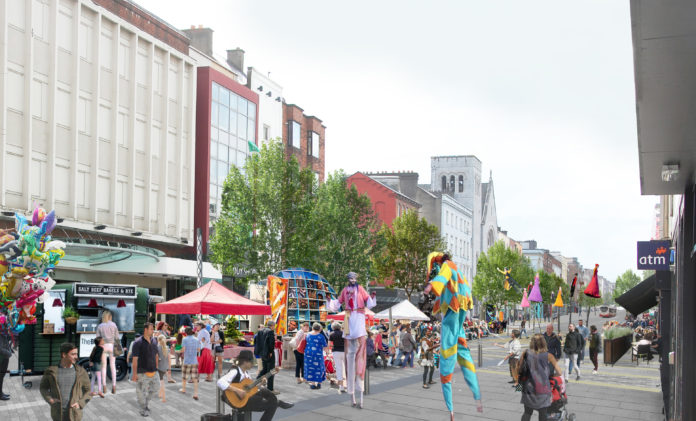 It follows confirmation that the €180 million Opera Centre Development has received planning consent and development work will commence later this year, as will re-development work on O’Connell Street.

The new appointment is one aspect of a range of measures to trigger the revitalisation of the city centre and increase footfall in response to the growth of online retailing and out of town shopping.

Priorities will include the delivery of the Opera project, the upgrade of O’Connell Street and other streets, as well as the UL City Centre campus at the derelict Dunnes Stores site on Sarsfield Bridge.

The Council has outlined a series of short-term measures, including the appointment of a dedicated City Centre Revitalisation Manager to encourage more people to visit the city centre and more retail units to open.

Mayor Michael Sheahan said that the council strategy would focus on bringing vibrancy back into the city centre and raising its profile.

Economic Development Services Director Vincent Murray said it was a declaration of intent by Limerick City and County Council regarding its plans to revitalise the city centre.

“A number of transformational projects will come on stream in the city centre, such as the Opera Site, the UL campus and the O’Connell Street re-development. However, these are in the medium term and we’ve identified a range of short-term measures that we intend to take, that’s what this plan is all about.

The City Centre Revitalisation Manager will work with a new city centre action group including the Council, Limerick Chamber and representatives of city centre businesses to bridge the gap until the larger projects are delivered.

The Council will also appoint its own internal work group to address maintenance and management in the city centre and to increase on-street events, as well as improving floral displays and street dressing.

A new Festival and Events Officer will be appointed to provide an enhanced programme of festivals and events across the city and county.

A new street washing machine is also to be delivered in the coming weeks to enhance city centre cleaning operations and the city will host a Retail Investment Day in conjunction with Retail Excellence Ireland to market the city centre for new stores.

Marketing of the city centre through social and traditional media will be increased to strengthen footfall and encourage more people back into their city centre.

The council is also working with An Garda Síochána through the Joint Policing Committee to make Limerick one of the safest city centres in the country.

The local authority is also addressing the challenges of living in Georgian Limerick through the Urban Regeneration and Development Fund (URDF) Living Georgian City Strategy and the +City xChange (Positive City Exchange) programme.