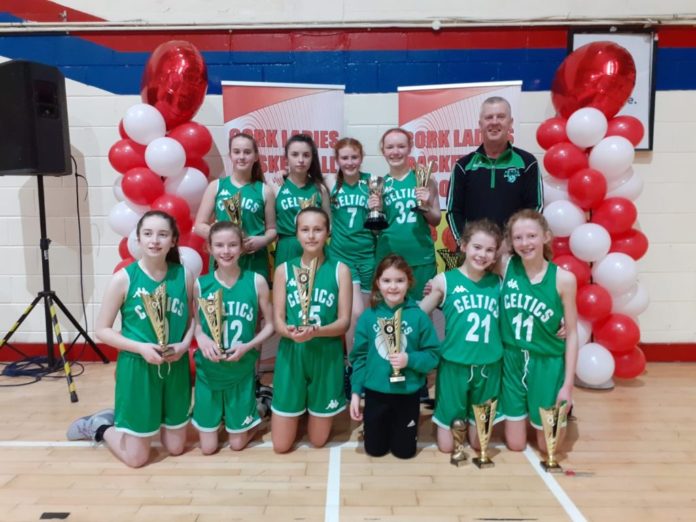 Limerick Celtics celebrated double Cork Cup Wins this weekend when they won both the Under 13 and Under 12 Cork Cup Finals in dramatic style in Neptune Stadium.

The Under 13 girls rallied back from a six points deficit in a thrilling game on Saturday against Mallow to win the game by 1 point in  the dying seconds of this fantastic Division One Cork U13 girls Cup Final.

Sunday’s Under 12 final Division One Final l was an equally exciting and with the lead changing hands by the minute this game again came down to the final seconds with Celtics taking a 2 point over a very strong Cobh side.

A fantastic weekend for our Limerick Celtics girls teams saw them take the two coveted Cork Cups back to Limerick.