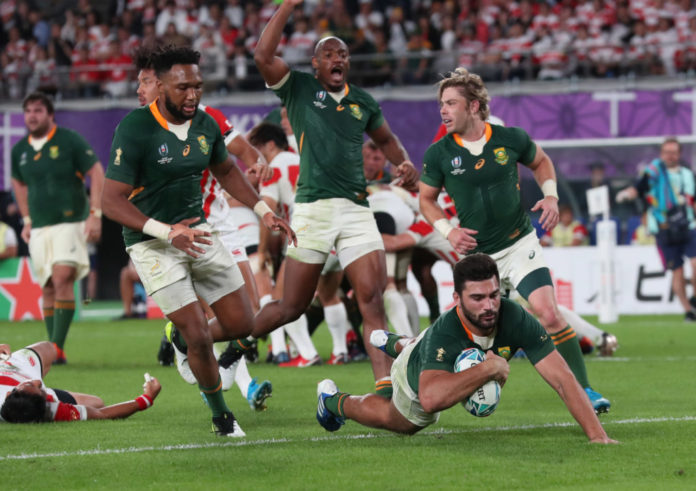 RG SNYMAN is a game changer for Munster Rugby. In some ways, he is more of a “final piece in the puzzle” than even Damian De Allende. Let me explain why. First, I wrote a little about potential signings back in February for a Three Red Kings Mailbag and identified three areas where I thought we’d need some new bodies.

Front row, tighthead lock and midfield. Keynan Knox looks like he’s making the step up to the front row over the next season or two and De Allende (midfield) and Snyman (lock) look to be the final pieces in the puzzle for next season. I was wrong when I wrote the following.

There aren’t any big names on my list here because I genuinely think you don’t need them. You need pieces of the puzzle to come in and fill space. You need guys who can carry ball for you up the middle of the field?

Munster have gone in a completely different direction. I realised that before the start of the season when I was smartened up on the reality of signing big players. Firstly, it isn’t dependent on their persistent availability anymore i.e. they don’t have to be unavailable for international rugby anymore.

Why? Because the calendar syncs up better from 2020 onwards in the PRO14. Munster – and all the Irish provinces – will play fewer games during international windows so the need for having ex-internationals during those windows is less of a big deal.

It’s likely that Munster will lose Syman and De Allende during the November windows and back to South Africa for June tours and the Rugby Championship but, crucially, barring injury they will both be at Munster for all the major games and during the limited Six Nations window.

So, what does Snyman bring to the table? An awful lot. The first and most obvious thing is his size. RG Snyman is simply a colossal human being. He’s a specialist tighthead lock from a scrummaging and lineout perspective. His role in South Africa’s major games during the World Cup was as an off the bench monster for the last 20 minutes, often replacing Etzebeth directly.

Snyman makes lineout defence that much easier, just by planting himself at the front and attacking the hooker’s throw. He’s so big and explosive, it doesn’t matter if you’re throwing to two or not. What will Snyman bring around the field?

Well, like De Allende, I think people have the wrong idea about what this guy brings with the ball in hand. When you hear Snyman and think of a 6’9″ behemoth trundling around the corner for a one-out hit, you’re only half right.

He’s excellent at getting his hands free, his shoulders open and getting the ball away effectively. He’s the outside player on a two-man midfield pod and has the pace and change of direction create a massive line break that surges all the way to the try line.

Defensively, his size and athleticism translate to the other side of the ball in much the same way. He doesn’t move like how his height and weight suggests he should, and that’s incredibly difficult to defend. With this kind of pace and wide bore carrying, you could see how he might fit into a 2-3-2-1 as a big physical presence.

If you connect De Allende/Farrell to a pod with Snyman and, say, CJ Stander in similar spaces, you can see how a Larkham coached attack might find space for wider runners. Snyman will demand close attention – his frame and athleticism alone will see to that – but he has the skill set to play beyond

However he’s used, this signing is the final piece in the jigsaw. With guys like Snyman and De Allende added to a team that, to date at least, has made three European semi-finals in a row it’s a declaration that we want to move beyond that stage.

It’s ambition – real ambition – and it has to be applauded. Now all that’s left to do is actually win trophies. That’s what these signings mean. We want to win everything.

The post Snyman is the type of player that could bring silverware to Munster appeared first on Sporting Limerick.