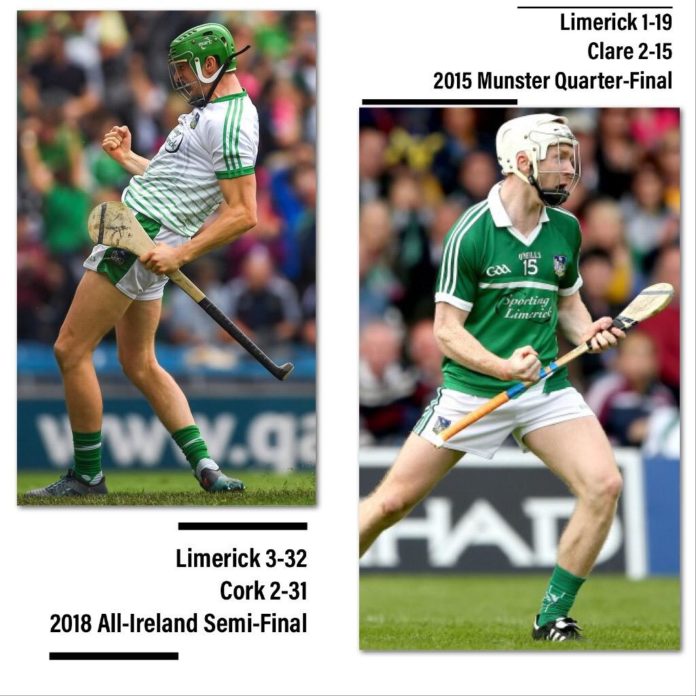 Our first quarter-final pairing is live now and can be voted on on our Twitter and Instagram pages!

The 2018 AI last four tie was an epic battle that needed extra time to separate the sides.

Limerick trailed by six points with six minutes of normal time remaining against the Munster champions.

However, a string of scores brought the game to extra-time where goals from Shane Dowling and Pat Ryan sealed Limerick’s place in the All-Ireland final for the first time since 2007.

Limerick’s 1-19 to 2-15 win over Clare in the 2015 Munster Quarter-Final was significant as it marked the first time since 1997 that Limerick won Munster Championship games in three successive seasons.

Clare had been All-Ireland champions eighteen months previously while Limerick came into the game off the back of an titanic 2014 All-Ireland semi-final loss to eventual champions Kilkenny.

Limerick, lead by a Man of the Match performance by debutant Cian Lynch lead for majority of the game in Semple Stadium but were clawed back by successive goals by Aaron Cunningham.

A late point by John Fitzgibbon would see TJ Ryan’s side earn a deserved win and advance to the Munster Semi-Final.