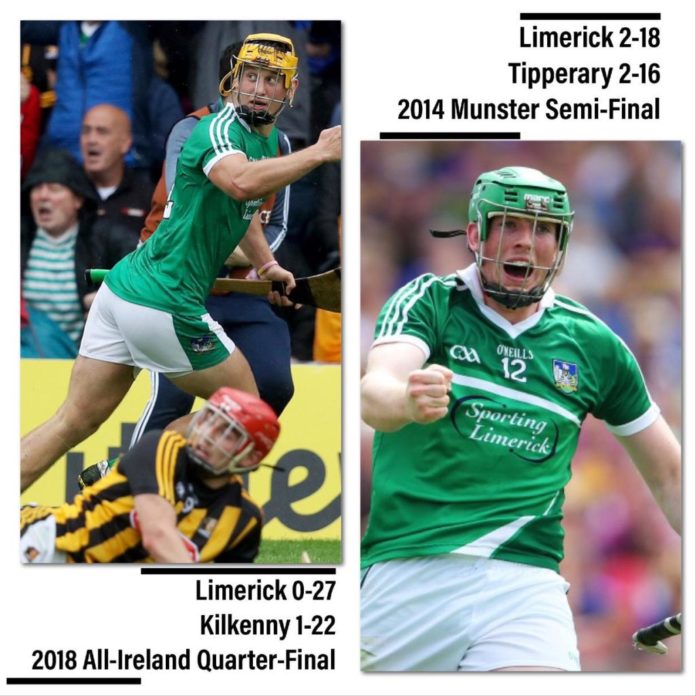 Our second quarter-final pairing is live now and can be voted on on our Twitter and Instagram pages!

This pairing sees Limerick’s 2018 All-Ireland Quarter-Final win over Kilkenny come up against the 2014 Munster Championship Semi-Final victory against Tipperary.

The 2018 win over the Cats was Limerick’s first against the Leinster side since the 1973 All-Ireland final.

Limerick came into the game having defeated Carlow in the All-Ireland preliminary quarter-finals but had suffered a heavy defeat against Clare in the final round of the Munster Championship.

And when Richie Hogan struck for goal to put Cody’s men ahead with time running out, it looked like curtains for John Kiely’s young side.

However, they responded in impressive fashion with Tom Morrissey’s heroics down the finish seeing Limerick into the last four.

Despite overcoming the Premier County en route to wi

What a spectacular hurling quarter-final! It finishes Limerick 0-27 Kilkenny 1-22. Limerick march on to meet Cork in the semi-final!
Check out the full-time highlights here! pic.twitter.com/D4Svgikqgb

While they held the lead throughout the first half, the home side had a three point lead with as many minutes to go.

A wondergoal from Shane Dowling would bring the sides level heading into injury time before points from Thomas Ryan and Seamus Hickey would see Limerick into a second successive Munster final with Cork.