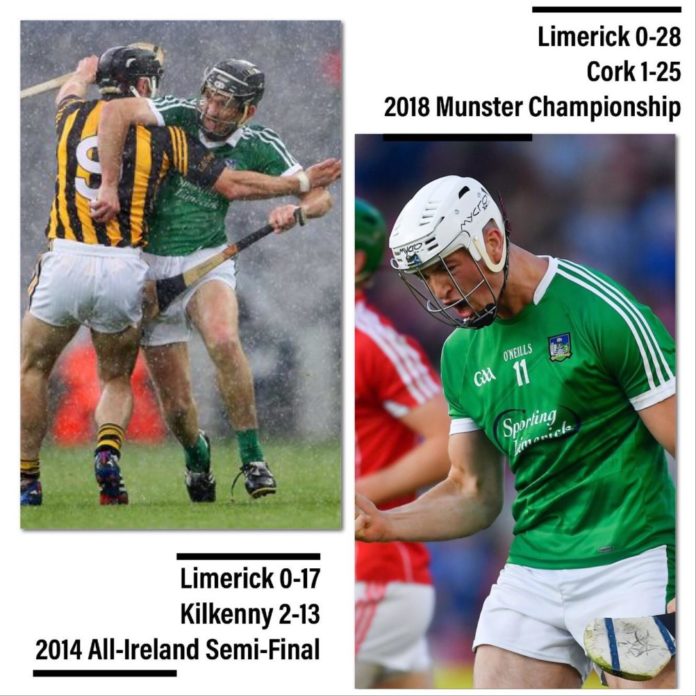 Our first Last-16 pairing is live now and can be voted on on our Twitter and Instagram pages!

Interestingly, the only two games on the list that Limerick didn’t win feature against one another with the heartbreaking 2014 All-Ireland semi-final loss to Kilkenny and the epic draw against Cork in the 2018 Munster Championship in Pairc Ui Chaoimh.

In the latter, Limerick came into the game as huge outsiders against Brian Cody’s Kilkenny who were looking for an ninth All-Ireland Final appearance in ten years, having been knocked out in the quarter-final a year previously.

Despite this, Limerick started the brighter and had the games opening two scores as they settled much better in Croker than the previous year when they collapsed against Clare.

They would hold the lead for much of the game but Kilkenny’s nous came to the fore and goals from Richie Hogan and Eoin Larkin (Or Richie Power?) gave Cody the upperhand once more.

However, the game will forever be remembered for the biblical-like rain that fell at HQ and a moment of one handed magic from Shane Dowling.

In their first game at the revamped Pairc Ui Chaoimh, Limerick played out an enthralling draw with Cork in the second round of the 2018 Munster Hurling Championship.

Limerick were reduced to 14-men in the first half when Aaron Gillane was sent off for an off-the-ball strike.

Kiely’s men to their credit didn’t take a backwards step and lead middway through the second half with Tom Morrissey and Seamus Flanagan plundering 0-14 between them.

Patrick Horgan’s goal put Cork ahead but Limerick kept plugging away and were three ahead with 65 minutes on the clock.

However, it was Cork’s turn to respond and Patrick Horgan put the home side in front in injury-time before Kyle Hayes stood up to strike the leveller deep into additional time.

Seamus Harnedy had a chance to snatch victory moments later before a brilliant Sean Finn block snuffed out the danger.

It would lay the groundwork for another classic in their next clash in the All-Ireland semi-final months later.