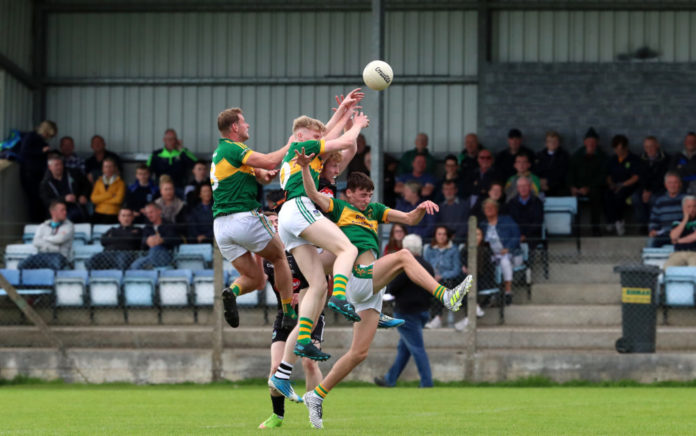 Nothing about the current situation is in any way ideal to the GAA landscape.

It is now two weeks since the decision was made to cease all GAA action for the foreseeable future considering the current global climate.

As such, the club month of April has fallen by the wayside and has impacted the start of a number of high profile championships in both codes in Limerick.

There will have to be a rejigging in the championship structure as a result with a couple of options that could be taken.

One such option that was proposed in Cork, was to play the club championships during the peak of the intercounty season without county representatives.

However, I do not feel that this will go down well among the clubs and their players.

A possible option that could be taken in the Senior and Intermediate Football championships is to extend the number of groups to four and reduce the teams in each to three.

Currently, both championships work off the same structure, two groups of six where the top team advances to the semi-finals and second in one group facing third in the other and vice versa in the quarters.

The bottom two teams then meet in a relegation play-off.

This means each team plays five games during the summer.

However, with the recent success of the Limerick hurlers and their subsequent journey into Autumn in the All-Ireland series, the past couple of seasons have seen the SFC and IFC championships taking a huge break during the middle of the summer.

Last year, there were two rounds of games played at the start of April, with the third round taking place in July, over three months later.

However, with a restructured group system, the championship can begin once both Senior Limerick teams are knocked out of the championship (Or win All-Ireland honours) with each team only guaranteed two games.

These games can be played in July and August (Should the Senior Championship be finished by late August as is planned) with the top team in each group advancing straight to the semi-finals.

The bottom team in each would enter into a relegation semi-final also.

That would leave the second place team, safe but out of contention to win the competition.

With just two games guaranteed, the first round of games is sure to have an added bite to it, although there is the risk of dead rubbers in the final round.

Ideally, each team will be hopeful of playing their full fixture list but this option allows the league to be played during the summer and act as a true warm-up for the championship.

It certainly is an option.

The post Opinion: Possible restructure of SFC & IFC once they resume appeared first on Sporting Limerick.