Gardaí have arrested a man and seized €30,000 suspected drugs and counterfeit cash in Limerick city on April 17, 2020.

Shortly before 4pm Gardaí from the Limerick Divisional Drugs Unit executed a search warrant at a residence on Old Cratloe Road. 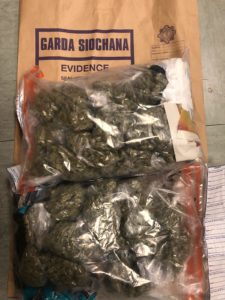 During the course of the search, Gardaí seized €25,000 of suspected cannabis herb and €5,000 in suspected counterfeit cash of various denominations.  A small quantity of fireworks were also seized.

The suspected drugs will now be sent for analysis.

A man, aged in his 20s, was arrested at the scene and is currently detained at Henry Street Garda Station under Section 2 of the Criminal Justice (Drug Trafficking) Act, 1996.