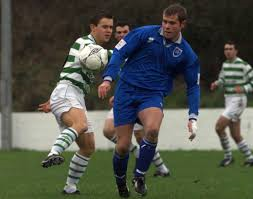 Former Limerick FC winger Brian Donnellan recently undertook Sporting Limerick’s 1-11 challenge, selecting the best 11 players that he shared the field with during a League of Ireland career which began in 1999.

Brian also speaks about the League Cup victory in 2002 and the 2005 season under Noel O’Connor’s stewardship.

To listen to the full interview, see below.