ED SHEERAN’S favourite Irish band Beoga featuring Limerick lass Niamh Dunne will launch their new album ‘Carousel’ this evening Friday May 22.
The album features recent singles ‘Make A Mark’ (featuring Ryan McMullan) and ‘In A Rocket’ which was co-written by James Bay.
The launch gig will be streamed from 8pm with special guest appearances from Foy Vance, Lissie and Ryan McMullan.
Catch the launch streaming live on the band’s Facebook, Twitter or YouTube channels.

The ‘Carousel’ title was chosen to reflect Beoga’s experiences over the past two years. They’ve navigated the murky waters of the music industry, signing and then escaping two recording contracts before teaming up with AWAL. It’s been a long and frustrating experience, but looking back they realise that they’ve been more creative than ever before. In addition to ‘Carousel’, they also have the bones of a further two or three albums in place. Everything’s set up for Beoga to reach a whole new audience.

With an adventurous spirit and a passion for charting the road less travelled, Beoga have shown that Irish traditional music can take fresh new directions. That world-facing potential was proven by the popularity of their collaborations with Ed Sheeran on his all-conquering ‘÷’ album. Those two songs – ‘Galway Girl’ and ‘Nancy Mulligan’ – have been streamed over a billion times on Spotify alone. 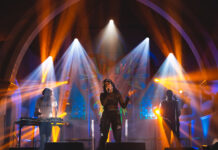 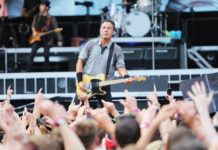 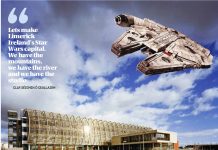 Preston Reed: tunings and musings from the innovator/composer