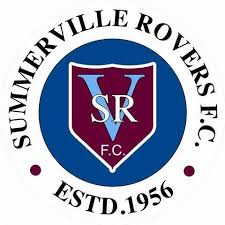 Summerville Rovers have appointed Mark Blake as the club’s new manager for the forthcoming 2020/2021 season.

Having been involved in the coaching set-up at Hill Celtic towards the tail end of last season as well as refereeing in the earlier part of the season, he makes the move back to his “hometown club”.

Blake has been involved as both a player and manager at the southside club in the past and is excited by the challenge which awaits him.

“When I left refereeing, Hill Celtic got in touch with me and I started training the Hill Celtic team. I loved it up there and they were a great bunch of lads. Summerville approached me and asked me did I want to come back.

They are my hometown club and I am with them since I am 7 years of age so it was a tough decision to leave Hill Celtic but once Summerville and the players got in touch with me, I wanted to go home.”

To listen to the full interview, click on the link below.