”THE Green Party are your typical watermelons, green on the outside, but red on the inside.”

That is the view of Independent councillor and former Fianna Fáil activist Emmet O’Brien, who claims that when you peel away their environmental policies you see radical leftist social and economic policies.

Speaking to the Limerick Post this Wednesday, the Adare-Rathkeale representative also had strong words for his own former party.

“You can only laugh in dismay when you consider that Fianna Fáil, a party once of the plain people of Ireland, would even entertain to blind ideology of the Green Party rather than actively go into a coalition government with them,” he commented.

“How can Niall Collins look at the ordinary people from rural Limerick in the eye when he knows what the Green Party has in store for rural Ireland? The price of diesel, for home heating and transport will soar, the Cork-Limerick motorway will hardly see the light of day and when the Green policies are implemented rural depopulation will continue to such an extent that it will make the Highland clearances look like a Scottish set dance.

“How could Fianna Fail and Fine Gael members tolerate voting for a coalition with a party that will restrict one off housing in rural Ireland? At least the Fine Gael negotiators had the courage to resist Green Party demands to end live export of animals. If that got into the Programme for Government, you might as well say goodbye to agricultural sector.”

Cllr O’Brien considers the Green Party as “your typical water melons – green on the outside, but red on the inside“.

“When you peel away their environmental policies you see radical leftist social and economic policies. Outside of rural dwellers having to car pool cars, one car for ten people, and avoiding the re-introduction of wolves, there desire to reduce carbon emissions by 50 per cent over ten years, is not just the most radical target in the world, for some bizarre reason, but will decimate and cripple our economy.

“Such radical measures for a planet that is going to end in ten years apparently. Isn’t that what the Greens keep on telling us? You actually couldn’t make this stuff up. The Green Party, aided and abetted by a compliant media, just spin endless hysteria, scaremongering and daft policies, yet Sinn Fein’s policies were incompatible to Fianna Fail?

“Maybe its time for Fianna Fail and Fine Gael members to have their say and vote no to this Programme for Government,” he concluded.

City overlooked as two junior ministries go to the county 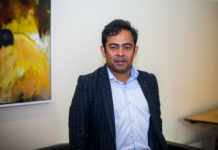 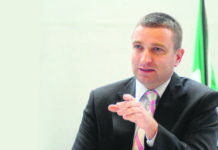