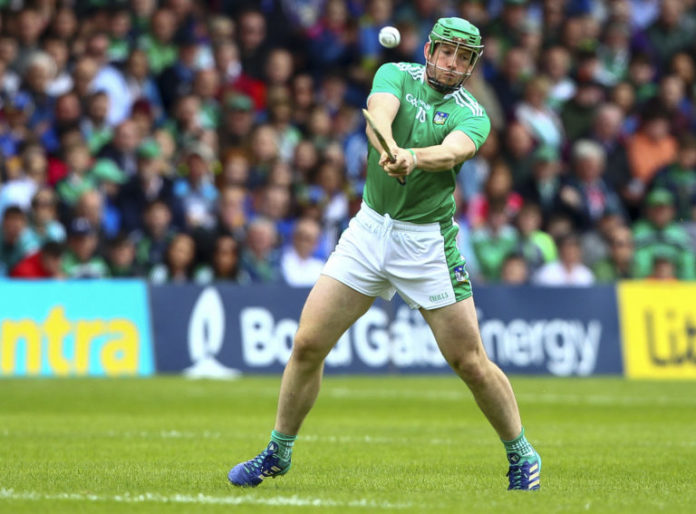 BOTH the Limerick County Board and Senior Hurling Management have issued statements thanking Shane Dowling for his contribution to Limerick hurling following the announcement of his retirement at the age of just 27 today.

The Limerick Senior Hurling management and backroom team would like to acknowledge the tremendous contribution made by Shane Limerick hurling over the last eight years.  Shane has always worn the jersey with pride and distinction.  His fantastic array of skills, coupled with incredible peripheral vision, nerves of steel, creativity and a killer instinct making Shane a forward to be feared.

Unfortunately, over the last couple of years Shane’s knee injuries have deteriorated and their impact ever increasing.  Whilst we always hoped that he would be able to make a recovery for the 2020 campaign, it has now become clear that this will not be possible for Shane.

We thank him for all the incredible memories he has given us over the years.  His unerring accuracy, free taking, penalty taking, flicks, laser passes, leadership and so much more.  When a big moment was required Shane was a player you could depend on to produce a piece of magic.  These moments of leadership are what separates the good player from the great player.

Shane is a tremendous example and inspiration to all young players who aspire to play for Limerick.  He was always extremely generous with his time for our younger supporters and he was always a favourite of theirs.

We want to wish hm the very best in his future endeavours off the pitch and hopefully we will see him in action for his club Na Piarsaigh once more in the near future.

Thanks for the memories Shane.

Statement from Limerick GAA on retirement of Shane Dowling

Limerick GAA would like to pay tribute to Shane Dowling on the announcement of his inter county retirement at the age of 27.

Shane has represented his Club, School and County with distinction throughout his career and it is unfortunate that due to his ongoing knee injury he is forced to retire so early.

In terms of playing there isn’t much that Shane hasn’t achieved.

With his School Ard Scoil Ris he won Two Harty Cup winners medals one as joint captain and a Dean Ryan Cup.

As an Intercounty Hurler Shane has represented Limerick at all grades throughout his exemplary career.

Shane won a Munster U21 Hurling Championship Winners Medal in 2011 at the age of 18.

He joined the County Senior Hurling Panel in 2012 and was a key member of the team that won a Munster Senior Hurling Championship in 2013. After a fantastic season in 2014 he was rewarded with an All-Star.

Every Limerick person will remember his outstanding performances during the 2018 season in particular the All Ireland Senior Hurling Semi Final against Cork and the Final win against Galway.

He represented Munster on many occasions winning the Inter Provincial Championship in 2013.

“Shane has been a fantastic servant to Limerick GAA and has been a role model that a lot of our younger people in Limerick aspire to be, we wish him well in his early retirement and thank him for all the wonderful memories he has given to so many Limerick fans down through the years”

All in Limerick GAA would like to wish Shane the very best in the future and thank him for his excellent contribution to Limerick Hurling.