Home Rugby Munster Munster’s classic with the All Blacks from 2008 to be shown on... 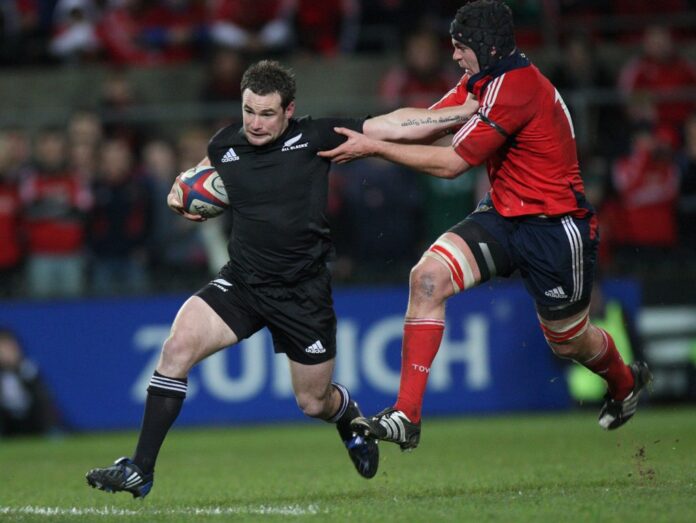 RTÉ are set to show Munster’s classic game against the All Blacks in 2008 at 11:25 pm tonight.

The game which celebrated the official opening of the new and improved Thomond Park finished in heartbreak for Munster as Joe Rokocoko ran home a late try to secure a two-point victory for the visitors.

Munster were missing 10 key players for the clash but a try from Barry Murphy and 11 points from the boot of Paul Warwick saw Tony McGahan’s men lead 16-10 at half-time.

Rokocoko’s try in the 76th minute prevented a Munster miracle, 30 years after they became the first Irish team to beat New Zealand.

The post Munster’s classic with the All Blacks from 2008 to be shown on RTE tonight appeared first on Sporting Limerick.