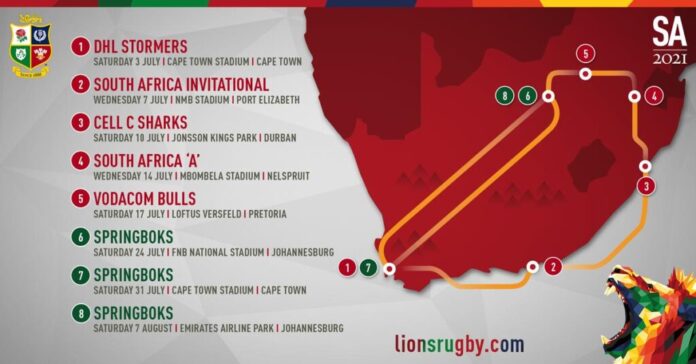 BRITISH and Irish Lions have confirmed their tour of South Africa in 2021 will go ahead as planned.

The tour will take place next July and August, and is the Lions’ first tour of South Africa since 2009.

The fixture list for the tour has also been confirmed – the Lions will take on the hosting world champions again.

The Lions will begin with a game against the DHL Stormers on July 3 which will be followed by four more games against South African sides.

They will begin the test series against the Springboks on Saturday 24 July in Johannesberg.

Every game will be live and exclusive on Sky Sports.

Every match from the #SA2021 Tour will be LIVE on @SkySports 📺

It continues our 25 year relationship with the broadcaster 👌

Fingers crossed there are more iconic moments to come next year 🙌#LionsRugby pic.twitter.com/NrV0aQK0mo