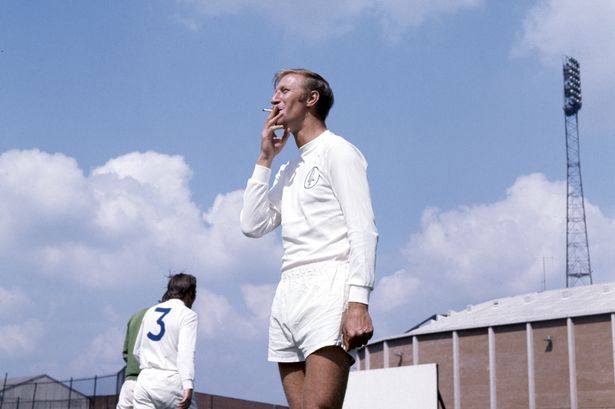 WHEN news reached Ireland on Saturday morning of the passing of former Republic of Ireland manager Jack Charlton, there was a profound sadness among the whole population as well as the whole footballing world.

The 85-year-old was an extremely popular figure throughout his distinguished career as a player with Leeds United and England, winning leagues, and the World Cup next to his brother Bobby in 1966 at Wembley.

Viewed as a no-nonsense defender on the pitch, Chartlon undertook a managerial career which saw him manage Middlesborough, Sheffield Wednesday, Newcastle United and of course Ireland from 1986-1996.

The arrival of an Englishman to manage the Irish team in the mid-eighties may have been seen as a controversial move at the time but the Irish public quickly grew to love the ways of the former central defender who instilled a lack of fear into the Irish team.

Charlton led the country to our first major tournament in 1988 when Ireland reached the European Championships in Germany. His side just missed out on reaching the semi-final stage of the competition at the time as they succumbed to a late 1-0 defeat against a star-studded Netherlands line-up.

However, the tournament will be remembered for an historic 0-1 victory over England thanks to a Ray Houghton goal. Pride was certainly instilled in the Irish team.

The roller-coaster certainly didn’t stop there as the country reached its first ever World Cup in 1990 when Italy was the host nation.

The support behind the team was incredible with many stories of people re-mortgaging houses and saving every penny they had to attend the championship.

Charlton was bullish about the country’s chances despite most pundits giving Ireland little chance of progressing past the group stages.

Incredibly, Ireland qualified from a group with England, Netherlands and Egypt without winning a game and finished with three points. It was not all plain sailing for Charlton as manager of the Irish team.

He famously fell out with Liverpool player Ronnie Whelan who did not appear to fit into his style of play which was heavily criticised on occasion, particularly by the outspoken Eamonn Dunphy, who was full of praise for Charlton off the pitch last weekend.

Possibly, the greatest moment in Irish football history thus far was the penalty shoot-out victory over Romania and the celebrations that followed were remarkable as we reached the quarter-final of the competition where they would face the hosts Italy.

The Italians won 1-0 on the night as Charlton’s men put in another brave display and the Irish supporters showed their appreciation for the squad when they returned home to Dublin.

After qualifying for USA 1994, Irish people could have been forgiven for thinking that this was the new norm following three major final appearances in six years.

However, as we have since seen, Charlton’s achievements were huge despite arguably having a much better squad at his disposal back then, than we have had in recent years.

Tuning into the radio, reading newspapers, and watching documentaries on the ‘Charlton Era’ all weekend, it was easy to see how popular a figure Jack was both on and more importantly off the pitch.

His name is synonymous with a time where people began to take pride in the country and our sports teams.

The post A tribute to Jack Charlton appeared first on Sporting Limerick.