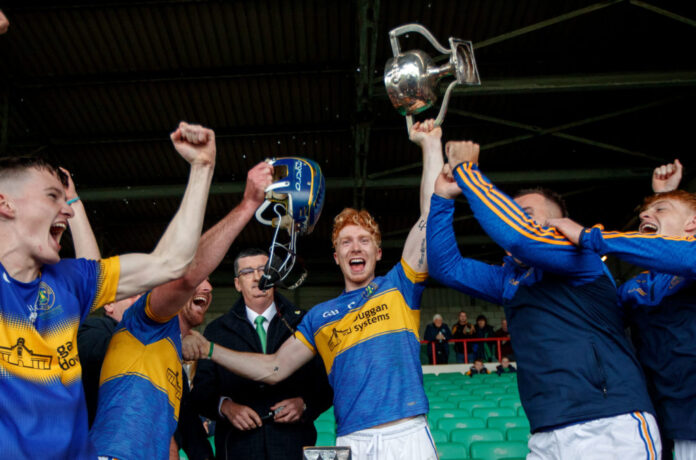 Reigning Champions Patrickswell open up proceedings as they take on Adare tonight in a game that will be streamed exclusively live on Limerick GAA TV.

This years championship will undertake a different format due to the restricted time schedule.

The top team in both of the Section A groups will advance directly to the semi-finals with the second team in both progressing to the quarter-finals.

The top teams in both of the Ssection B groups will qualify for the semi-finals.

With that in mind, we preview the championship!

Defending champions Patrickswell will come into the championship as favourites after their performances last season. Under the tutelage of Ciaran Carey, the ‘Well were undefeated in the group stages earning a spot in the semi-finals. In the last four they defeated Doon before avenging the county final of 2015 beating Na Piarsaigh 1-17 to 0-15 in the decider. While they have traded results with Doon in recent years, it’s hard to see them finish anywhere but top of the group.

They open the group with a clash against Adare. The West club have underperformed in recent years. They last reached the knockout stages in 2017 where Doon had 14 points to spare against them.

In their last ten championship games between 2018 and 2019, they have picked up just one victory (South Liberties in 2019) which makes for troublesome reading for the club. They will be up against it once more and will need a huge performance if they are to avoid the relegation play-off.

Rounding out the group is Doon who await the losers of the round one clash. They reached a first county final in seventeen years in 2018 but fell to Na Piarsaigh. They have also made it to the last four in each of the previous three years but were eliminated by the eventual winners in each of those games.

They were also beaten by Patrickswell in the 2016 quarter-finals as the City side went on to claim county honours. As such, Doon have never been far off the pace setters and can put it up to anyone on their day. However the loss of Richie English is huge and the East club will need the rest of the county contingent to step up in his place.

After winning half the titles on offer in the 2010’s, Na Piarsaigh will be looking to get the new decade off to a similar start. they were overwhelmed in the county final last year as they chased a first ever three-in-a-row and that will sting the men from Caherdavin.

So too will the absence of Shane Dowling who announced his intercounty retirement in recent weeks. Dowling’s performances in the sky blue were of the highest order in each of their five county triumphs.

Still, as a squad, no one in Limerick or arguably the length of the country can compare to the riches at their disposal with intercounty stars in every line. They will look to make a statement in the first round as they did against Kilmallock in 2019.

That third round game between Kilmallock and Nap saw the South team fall to a 6-15 to 2-11 defeat in the Gaelic Grounds. The Balbec did recover to make a game of the semi-finals where they met again but would lose once more, this time by 0-23 to 0-18.

Kilmallock can never be counted out as they continue to introduce members of the 2018 U21 Premier County winning side to an experienced set up that includes a number of John Kiel’s senior side.. However, they will come into the first round with an eye on Ahane where they are more likely to kickstart their season.

In the second round, promoted Ahane will play either the 2014 or 2018 county champions. It is a daunting order for them but with the Morrissey brothers at their disposal, they are capable of causing an upset.

They recovered from an opening day loss to Monaleen last year to pick up four wins on the bounce and promotion to the top tier. It will come as a blow that they will not be able to test themselves against each of the Section 1 teams with huge stakes on the line in their two group games.

It looks like it will be a date in the releagtion final to save their season but they are coming into the competiton on form after winning the East championship.

In section B, there is no room for error with just the top team progressing. Last summer, Monaleen were the only team to defeat Ahane in the group stages but draws against Murroe Boher and Garryspillane proved detrimental to their promotion cause.

In their fourth year of hurling as a senior club, Monaleen will be one of the favourites to push into the top tier.

In the first round they face South Liberties who will be hoping to apply the harsh lessons they learned in Section 1 in 2019. Five losses followed their five games as they failed to lay a glove on any of the top five teams in the county.

Nonetheless, the experience should stand to them as they return to a grade where they went 4 from 5 in 2018. The team that beat them that year, Monaleen.

2017 Premier Intermediate Champions Murroe Boher will make their season debut in round 2 against the losers of the aforementioned tie. Incredibly, Murroe failed to pick up a win in last years championship, picking up four draws from their first four fixtures before losing to Ahane on the final day.

As such, Murroe know had a few things swung in their favour, they could be at the top table but conversely they could have fallen to relegation also. This make them somewhat of an unknown quantity but they will fancy themselves to right the wrongs of 2019.

Premier Intermediate champions Blackrock were the first team drawn in Group 2 and they open their campaign against Ballybrown. Blackrock will be in the senior ranks for the first time since 1997 and will carry pedigree after taking eventual All-Ireland finalists Fr O’Neill’s to the wire in the Munster championship last year.

In Richie McCarthy, they have one of Limerick’s best defenders of the past decade while Paudie Leahy was in inspiring form in both county finals last year. It won’t be easy for the south Division side but they were far from favourites to earn promotion last year and look how it turned out for them.

First round opponents Ballybrown will be eager to get back to the top tier after being relegated in 2018. They will feel like they were the most impressive side in the second section last year as they averaged a winning margin of 10 points in their three wins.

However, the two point loss to Ahane would prove detrimental in their promotion cause. Nonetheless, they will be one of the bookies’ choices to return to Section 1 and will look to lay down a marker against the new boys.

Waiting in the wings for the loser is Garryspillane who will be into their second year in the senior ranks. After winning the PIHC in 2018, the Bouncers struggled to find the winning formula, drawing a brace and losing a pair of their opening four games.

The fabled win would come in round 5 as their win over Knockainey saw the all blacks relegated. That experience should stand to them with the Minor champions of 2018 & ’19 able to blood young players last summer.

Their youthful side will also be buoyed by their 0-30 to 2-22 win over Na Piarsaigh in the U21 Championship last Sunday. Dark horses.

Crucially, if Patrickswell and Na Piarasigh are to top their respective groups, then they will avoid each other in the semi-finals.

It is also hard to see a shift in Section B sides losing in the quarter-finals with the quartet of Patrickswell, Na Piarsaigh, Doon and Kilmallock seeming destined for the last four for the third successive year.

From here, a repeat of the 2019 final seems likely with Ciaran Carey’s Patrickswell favourites to retain.