Based in Waterford, the assembly is embarking on a significant period of activity, having recently adopted the Regional Spatial and Economic Strategy for the Southern Region.

It is also responsible for  delivering a new round of EU regional funding to the nine counties in its catchment area.

A member of the Assembly since 2014, Cllr Sheahan works in the insurance and financial services sector and lives with his wife Mary and their two children in Glin. First elected to Limerick City and County Council in 2004, he is a member of Fine Gael. 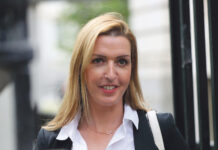