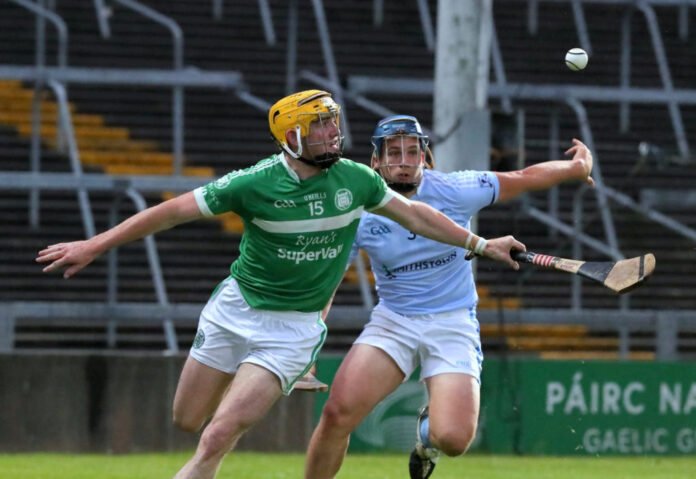 THE weekend just gone delivered Round 3 of the Limerick SHC, PIHC, IHC & JAHC with the group stages in the top three tiers now complete.

With 23 games played across the divisions, there is so much discuss as we now head for a break from hurling for a number of weeks.

Check out some of the key talking points below.

Doon should have beaten Patrickswell on Saturday evening, make no mistake about that. The county champions were well off the pace in the LIT Gaelic Grounds and the depleted Doon team were far superior throughout the game. Patrick Kirby’s first half goal, which was expertly finished by the son of Gary, gave Patrickswell some breathing room early on but Doon were full value for their four point lead heading into injury time.

The presence of Darragh O’Donovan at centre-back helped negate Gillane’s influence, but for a player of his elk all it takes is a split second to change a game. And in the final minutes, Gillane struck, as he did against Adare in Round 1. A long delivery into the Doon defence was plucked from the sky by the All-Star forward with the sliotar in the back of the net before Eoghan MacNamara had ample time to prevent it. Even with hindrance of a finger injury, which has to be operated on, Gillane strikes fear into opposition defences, as he should.

The Patrickswell man has it all and is without question, one of the top hurlers in Ireland right now. The ‘Well have been so far removed from their 2019 form and yet they are safely through to the semi-finals with Gillane the leading light and leading reason.

Of the six teams that remain in contention for the Limerick SHC, Kilmallock are one of two with a 100% record, joining Ballybrown in that regard, with the City side facing much weaker competition. Kilmallock put the championship on notice with their first round win over Na Piarsaigh in the Gaelic Grounds, their first over the Caherdavin side since the 2014 county final.

On that night Tony Considine’s side were the better side as Oisin O’Reilly and Graeme Mulcahy netted in a 2-16 to 1-17 win in the LIT Gaelic Grounds. Those pair got the goals in the 2-22 to 3-13 win over Ahane and ably assisted by Micheal Houlihan in the full-forward line, Kilmallock are a series attacking threat.

Add into the mix Gavin O’Mahony, Aaron Costello, Dan Joy and the three O’Loughlin brothers and their rearguard looks impressively opposing with Barry Hennessy between the sticks. The Balbec will now have the luxury of a break to focus on the semi-final clash and who could rule out Considine making it a hat-trick of titles with South team.

Last year, Ballybrown won their first premier minor title in 31-years as they beat Doon 0-18 to 0-12 in the decider. That was after winning six of their seven group games and having eleven points to spare against Patrickswell in the semi-final. As such, there were a number of that side who looked like advancing to adult hurling for 2020.

However, few could imagine the immediate impact the introduction of some of those players would have to the senior set up. Having represented Limerick at minor level, Colin Coughlan and  Aidan O’Connor have slot in seamlessly to life in the SHC with Coughlan notching 0-5 from wing-back in his brace of games while O’Connor netted against Garryspillane.

In their two games thus far, Ballybrown have racked up 9-43 with scoring difference of +36. Those are staggering numbers and while Blackrock were in their first game at the Senior level since the 90’s and Garryspillane’s host of injuries, Ballybrown’s early season form cannot be overlooked.

Doon or Na Piarsaigh will provide a completely different challenge in the quarter-finals but after a number of years on the periphery, Ballybrown look primed to challenge for silverware, much quicker than anticipated.

Cream rises to the top in the Premier Intermediate Championship

While the Premier Intermediate Championship has thrown out a number of shocks since its inception in 2014, the final four in the championship for 2020 is far from surprising with Bruff, Glenroe, Mungret St Pauls and Kildimo Pallaskenry still vying for championship honours.

Glenroe’s qualification for the semi-finals may be the most unexpected after they were crowned Intermediate Champions for 2019 but their consistency in that competition that yielded two county finals and four semi’s in the last six years should have indicated a real chance for further promotions. They play a Mungret side who earned promotion with a win over Glenroe in the semi finals of the IHC in 2016.

The other three sides will be featuring in the semi-finals for the third consecutive year with Bruff meeting Kildimo  Pallaskenry in a repeat of last years clash. Bruff were winners over Mungret AET in the 2018 semi-finals. Bruff would lose that decider to Garryspillane while Kildimo Pallaskenry lost out in a replay to Blackrock 12-months ago.

From the four remaining, all will harbour genuine chances of winning, only time will tell who makes the leap.

While it has been fantastic to have competitive GAA back, there have been a number of one-sided games in the SHC thus far which is a worry for competition organisers. As mentioned earlier, Ballybrown won both their games with an average of 18 points to spare. Ahane’s points differential after their two games is -26. In the Premier Intermediate Hurling Championship, Kildimo Pallaskenry won their final two games by a combined 27 points, with the PIHC generally regarded as the most competitive competition in Limerick.

While there have been some cracking games including Kilmallock v Na Piarsaigh, Mungret St Pauls v Kildimo Pallaskenry and Adare v Patrickswell to name a few, there seems to be a disparity within the grades.