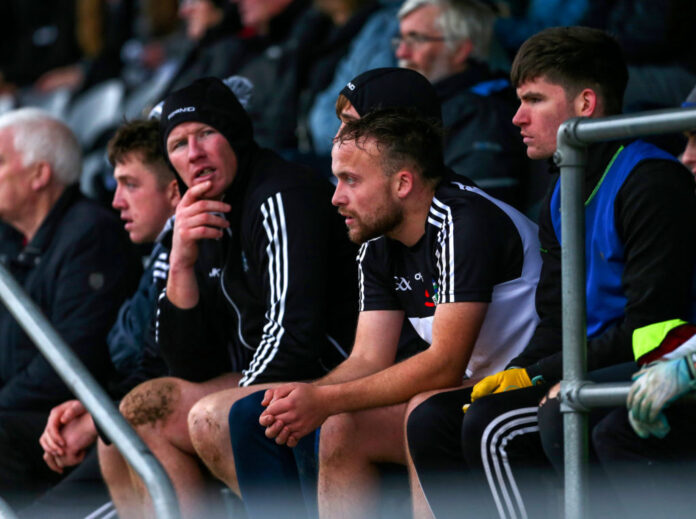 THE draws have been made for the restructured Limerick Senior Football Championship with four groups of three which returns this weekend after a ten-month wait.

The football will take centre stage for the next three weeks as the group stages are played out.

In this the top two teams advance to the quarter-finals while the bottom four sides will enter into a relegation play off series.

Below we preview the championship.

Newcastle West will not only be favourites for this group but also for the championship as a whole after their performances in 2019. After a hard-fought battle against Ballysteen in the quarter-finals, Newcastle overwhelmed Adare in the semi’s before outclassing Oola in the final to earn a second title in five years. They were unlucky against Nemo Rangers in the Munster championship and will be eager for a second craic in the provincial championship. It is almost impossible to see them finish outside the top 2 in Group 1.

Drom Broadford escaped relegation by the skin of their teeth last year after defeating St Senans in the relegation final thanks to a second half blitz. They finished without a point in the group stages last year and Newcastle had eight points to spare when they met. They face NCW in Round 1 again where they will be heavy outsiders. Prior to 2018 they had reached 18 consecutive semi-finals but this year will be all about survival. It’s likely that there game with Ballysteen will determine which knockout phase they enter.

As for Ballysteen, they pushed Newcastle West the closest in the knockout stages last year but that will count for little. It was their second consecutive quarter-final appearance after a number of years spent fighting for survival. There is rarely much to choose between them and Newcastle West but should NCW win their first outing, Ballysteen will play Drom in the second round with everything on the line. They are yet to beat their West rivals since earning promotion in 2008.

Like Newcastle in Group 1, Adare will be heavy favourites to advance in this group. The 2017 & 2018 champions seemed shocked by Newcastle’s relentless intensity in last years semi-final and will be better prepared for such an onslaught this time around. Their record in the group stages has been flawless over the past two years with ten wins from ten which includes wins over Fr Caseys and Na Piarsaigh. Its hard to imagine them not progressing.

Na Piarsaigh will be determined to have their say as a shorter format may suit them better. With hurling the dominant code in the Caherdavin club, Nap have had to do without some key players over the years. However, players may be more inclined to play both with the shortened season. When they have a full squad to choose from, they are a match for any side as they demonstrated in 2016 reaching the last four after the hurlers were knocked out in the group stages. If they can get out of the group, they will be a dark horse.

Fr Caseys were runners up to Adare in Group 1 last year and will be hoping to maintain that at the least. Their loss to Adare in round 2 was their only reversal of the group as they headed into the knockout rounds in promising shape. However, a poor showing against St Kierans in the quarter-finals where they lost comprehensively 1-11 to 0-7 ended their season. They play Adare in Round 1 with the loser then to face Na Piarsaigh. A first round win would guarantee progression but it seems more plausible that it will come down to the Nap game.

St Kierans will rue missed chances as they reason they missed out on the 2019 SFC final after they were beaten by Oola in the last four. The Ardagh side held a four point advantage at the break in that semi-final but two second half goals from Oola would prove to be the difference. While they will be favourites for the group, the loss of intercounty stars Sean McSweeney and Darragh Treacey will be huge with the pair currently travelling. Emphasis will fall to younger players such as Noel Callanan, Liam Kennedy and John Hayes. It would be very surprising if they failed to pick up a win in their pair of games but it will be by no means straight forward for them.

Kierans will face Galbally in the opening game of the group. When these sides met in the group stages last summer, St Kierans were comprehensive 4-15 to 1-6 winners in Bruff. If Galbally are to move into the knockout stages, they must improve on this and their performances as a whole in 2019. After earning promotion, they only picked up a solitary win over Drom Broadford but finished the campaign with a -39 point differential. Certainly they will enter as outsiders but their experience last year should stand to them with one win from two more than likely enough to qualify.

Rounding out the group is 2016 winners Monaleen who will await the losers in round 2. Since winning the competition four years ago, Monaleen have been below par as they only picked up one victory last year. In 2018 they only had two wins as they have flattered to deceive in recent installments of the championship. They did defeat St Kierans in the 2018 quarter-finals of the competition however. They have also reached the previous two U21 Championship finals and are littered with talent throughout the field with Ger Collins leading the way up top. If they can get their house in order, they could well be dark horses in the competition.

Last years finalists Oola will be desperate to build on a hugely successful campaign which lead to the decider where they admittedly failed to turn up. Nonetheless, being paired with Galtee Gaels and Ballylanders will have them as heavy favourites to progres. The condensed championship that will be played in conjunction with the SHC could prove detrimental for Oola who share a lot of players with Doon, with a number alos part of John Kiely’s senior set up. The absence of Richie English will be a huge blow with the forward a major factor in their run last year. Regardless, they should have enough to top their group and advance to the knockout stages once again.

In their first game in the senior ranks, Galtee Gaels will face last years runners-up. The Gaels were a Junior side as recently as 2017, but promotion to the intermediate ranks that year was swiftly followed by another last year as they beat Gerald Griffins in a replay in the Intermediate Football Final. The South side are a youthful side with some valuable experience sprinkled throughout. However, the Childs’ brothers are to the fore in what they do well with both expected to start for the Limerick Senior team upon the resumption of the intercounty season. As such they will be threat and could cause a few shocks.

2014 champions Ballylanders will await the losers of that clash in the second round of the group. The South team reached the county decider in 2018 where they eventually fell to Adare but failed to make it out of their group last time around, suffering heavy defeats to Ballysteen and Adare in the process. Their pedigree at this level should not be underestimated as they are only one of six teams to win the championship since the turn of the millennium. They have struggled in early rounds in the championship in recent years and this could prove catastrophic in this revamped structure. If they can hit the ground running however, they have the talent to go far.