THE call has gone out this week for all mid west politicians to unite around the appeal for Shannon Airport to be reintegrated under the control of the Dublin Airport Authority (DAA) with a new management team.

Whilst welcoming cross-party consensus that change at the top was needed for the Shannon Group, Sinn Féin Senator Paul Gavan stressed that politicians calling for a change of management was not enough. He was commenting on Minister for Transport, Tourism and Sport, Eamon Ryan’s move to order a review into the operations at the Shannon Group.

“Shannon Airport must be brought back under the control of the DAA. Simply calling for a change of management personnel misses the fundamental flaw in the current structure,” Senator Gavan said this week.

“The experiment of an ‘independent’ airport that started in 2013 has been a failure by any metric. The Shannon Group’s management of one of the mid west’s most important facilities must come to an end. The Government parties of Fianna Fáil, Fine Gael and the Greens need to be very clear on this point.”

The Castleconnell-based politician pointed out that currently nine out of ten flights from Ireland leave the east-coast, mostly via Dublin Airport.

He believes there must now be a progressive policy of redistributing flights to regional airports like Shannon. This, he maintains, can only happen under one centralised airport management structure.

“Indeed, we’ve already seen how Cork Airport, a DAA-controlled airport, has benefited from this policy in recent years at a time when Shannon’s passenger numbers were consistently lagging behind.

Senator Gavan went onto say that talk of competition between airports on an island of our size was always a “nonsensical policy”, that was doomed to failure.

“Shannon as a stand-alone entity does not work, because running an airport is not like running a sweet shop or a supermarket. Shannon Airport can only benefit from the redistribution of flights if it once again comes under the control of the Dublin Aviation Authority. 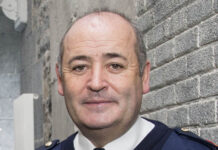