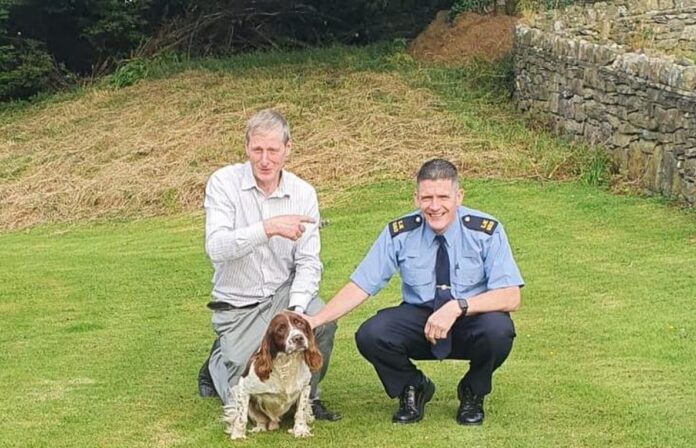 A WAVE of dognapping is sweeping Limerick, with criminals going as far as using drones to spy on gardens where family pets are being left unattended.

Over the past three weeks, Gardaí have taken possession of more than a dozen dogs after finding them in distress and in suspicious circumstances in two locations in County Limerick.

Some of the animals have been reunited with their owners after being stolen months ago.

One such case involved a springer spaniel that was taken from Carrignavar in Cork and returned to its owner last month after Gardaí in Limerick followed up on a report about two men offering dogs for sale in a car park on the Old Dublin Road.

The men had no documents for the dogs which were not microchipped. The two spaniels were impounded and taken to Henry Street Garda Station. One of the men subsequently produced documents that Gardaí believed were fake.

Meanwhile, the owner of one of the dogs, Gerard McMahon from Carrignavar was frantically searching for his missing spaniel, Jake. After making the connection, Limerick Garda Shane Hayes arranged for Gerard to be reunited with his dog.

Gardaí believe that thieves are particularly targeting pedigree breeds and bitches and are either using them to whelp pups or selling them on to people who are looking for a particular breed.

They are advising dog owners to ensure that their pets are micro-chipped so they can be easily identified and returned to their own homes if they are recovered.

It’s an important precaution, as some of the thieves are forging papers for the dogs and one even tried to recover the seized animals by producing a set of forged papers in Henry Street Garda Station. Fortunately Gardaí spotted the forgery.

The lockdown created huge demand for pets. While many rescue shelters and professional breeders were unavoidably closed down, some less reputable sources have emerged, according to business insiders.

Anecdotal evidence suggests that some brazen dognappers even try to steal pets while they are out walking with their owners.

Alison Flaherty Bedford from the Limerick Petmania store says that they are aware of the danger of dog thefts and has some advice for owners.

“First and foremost, microchip your dog. Ensure it is registered with the national database and that you have a microchipping certificate. Unfortunately, this crucial step is often missed by many dog-owners.

“Get a collar and name tag for your dog. When out exercising make sure that a responsible person is accompanying the pet. Under 16’s shouldn’t be left in control of a dog without adult supervision.

“Invest in a good strong lead and well fitting harness and collar for when your dog is out and about – this will help avoid the dog slipping away.

“Spend time training your dog.  Basic skills such as returning when called, ‘heel’ and ‘stop’ will keep pets in check when visiting a dog-park.”

Animals are most vulnerable when owners are away at work, she added.

“Is there a secure location at home to keep them safely? Invest in a safe, secure dog-run with a sturdy lock for periods of long absence.

In the latest report, 200 dogs were handed into shelters in Limerick. Petmania works alongside DEEL animal rescue locally, who have dogs for rehoming.

“This is a trusted source for those considering adding a four-legged member to the family”, said Alison.