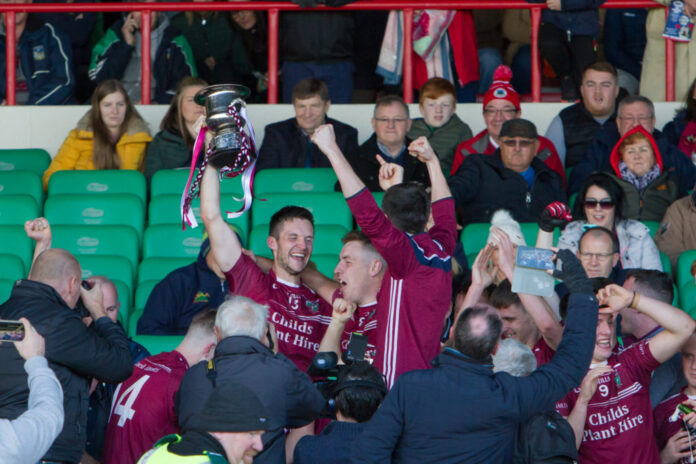 THE Group stages of the truncated 2020 Limerick Senior Football Championship are in the books with the eight quarter-finalists confirmed as well as those destined for the relegation play offs.

Last weekend I gave my initial power rankings after each team had been seen in action with familiar faces atop the pile.

However, an eventful weekend as seen a shake up in the rankings with Fr Caseys the big movers after such an impressive win over Adare.

Check out the rankings below.

The first team into the relegation semi-finals are last years Intermediate winners.  It certainly has not gone to plan for the Gaels who have suffered defeat in each of their three games thus far. However, they have performed admirably in each and a similar performance as their one in the relegation semi-final against St Kierans would go a long way towards preserving senior status.

The hurling will take centre stage in the parish for the coming weeks with both the senior and intermediate teams in quarter-final action. However, a relegation semi-final against Drom  Broadford looms for the footballers. They will be buoyed by their performance against Fr Caseys a fortnight ago but will need a huge effort to avoid a second relegation final in three years.

Newcastle West’s eight point win was not enough to see Drom into the knockout stages as they instead head for a relegation play-off with Nap. They are ahead of Na Piarsaigh here simply due to their superior goal difference but their clash promises to be very close with Drom eager to avoid a second consecutive relegation final.

The Ardagh men secured safety on Sunday with their best performance to date against Gltee Gaels in the relegation semi final. However, few in the club would consider it a success after reaching the semi finals last year. Despite the loss of Sean McSweeney and Darragh Treacy for the first game, Kierans will overall be disappointed with the campaign. In the same token it could have been far worse for the West side.

Ballysteen will enter the last eight as the only side not to have picked up a win in their two group games but that will mean little to them as they prepare for Fr Caseys in the quarter-finals. They looked like slipping into relegation trouble against Newcastle West but showed good fight to tack on a few scores to ensure their superior goal difference. When the sides met last year there was only a point between them with the Abbeyfeale side taking the W, while 12 months previously Ballysteen got the upperhand. It looks set to be closer than it would appear on paper.

While they entered their final group game assured of their place in the last eight, Galbally will have been gunning for Monaleen as they had two weeks to prepare. The final scoreline of 0-12 to 0-6 would appear to flatter the City team with just a point between the sides heading into the final quarter. Nonetheless, after picking up just win in 2019, Galbally will be happy heading into the quarters where they will face Oola.

After a comprehensive win over Galtee Gaels in the opening round, Ballylanders were second best throughout against Oola on Saturday evening as they fell to a 2-8 to 0-8 loss. Oola were full value for a six point lead and had the same to spare at the final whistle. The job had been done for Ballylanders heading into the game however and they will play Monaleen who they beat by a point in the group stages in 2019. They will need to be much improved against the City side who have improved greatly in 2020.

Arguably the biggest surprise of the competition thus far came on Sunday as Adare fell to a 0-17 to 0-12 defeat against Fr Caseys in Newcastle West. The loss was Adare’s first in the group stages since 2017, having won twelve in a row heading into that tie. That result means they will now face Newcastle West in the quarter-finals. They beat the Magpies in the county final in 2017 but did lose out to the eventual champions in the semi finals last year. That quarter-final is certainly the most mouth-watering tie.

Monaleen are steadily building and made it two wins from two against Ballylanders on Saturday. They have gone about their business with minimal fuss, embedding a number of new players into the squad. They will not be overly pleased with a return of 0-23 from their two games, especially considering they have failed to hit the net. Nonetheless, it’s job done thus far for the 2016 champions. Next up is Ballylanders.

While they are missing a number of players who helped them reach the county final in 2019, Kem Downey’s charges have not missed a beat in this year’s championship with two comfortable wins under their belt. Against Ballylanders, they secured an early lead and kept their opponents at arms length throughout. Despite the volume of players who are absent, the East side have quality all over the pitch and look best poised to advance in the bottom side of the draw to a second consecutive final.

The big winners from the weekend have to be the Abbeyfeale side as they overcame the 2017 & 2018 champions Adare. That victory is a real statement of intent from Caseys who were laborious in their first game of the campaign against Na Piarsaigh. Against Adare however, they kept with their opponents for the first 45 minutes before exploding into life to grab eight of the last nine scores to secure the valuable top spot. They play Ballysteen in the quarters with the teams playing out some cracking contests in recent years.

Even as early as two games into the competition, it is clear that Newcastle West are the team to beat in the competition. Last year’s county champions appeared to have bolstered their side across the pitch with their strength in depth frightening. They had too much for Ballysteen in sealing top spot and will look to send out another marker against Adare in the quarters. It is going to take a monumental effort to stop them regaining their title.