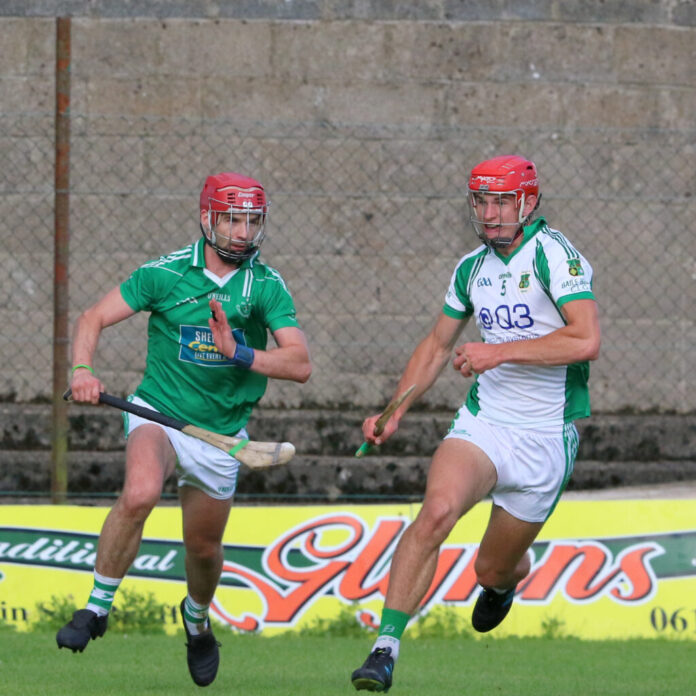 THE hurling takes centre stage once again this weekend with the quarter-finals in the Senior & Intermediate Hurling Championship down for decision and the Premier Intermediate semi finals also taking place.

On Saturday in the SHC, the impressive Ballybrown meet Na Piarsaigh in the LIT Gaelic Grounds. Ballybrown were comprehensive winners in both their Senior B games this year having ten points to spare over Blackrock before blitzing Garryspillane to win by 26 and seal a place in the quarters.

They will have their toughest test to date however when they come up against  Na Piarsaigh who won five county titles in the last decade. The Caherdavin side were beaten by Kilmallock in their opener but responded well with a 2-23 to 0-9 win over Ahane. The last time the sides met was in the 2018 group stages where Nap won out handily, 2-21 to 1-8.

The following day, the semi-finalists will be finalised as Doon face South Liberties. Doon advanced with a pair of draws against Adare and Patrickswell, although they did leave a four point slip in the final minutes against last year’s champions.

South Liberties’ second round win over Murre Boher would prove enough to qualify despite a loss to Monaleen in their opener. These sides met in the fourth round of last years’ SHC as Doon ran out comfortable 4-17 to 1-11 winners.

On Saturday, Monaleen meet Blackrock in the County Cup final in Caherconlish.

Monaleen v Blackrock on Saturday at 5pm in Caherconlish

The Premier Intermediate semi-finals will both be played on Saturday afternoon with the final down for decision the following week. In Kilmallock, there is a rematch of last year’s semi final as Bruff meet Kildimo Pallaskenry.

Twelve months ago, KP got the better of Bruff, winning out 2-20 to 2-9. Kildimo Pallaskenry would lose the final in a replay to Blackrock while Bruff were beaten finalists in 2018.

The winner of that game will play the victor of Mungret St Pauls and Glenroe who meet at the same time in Bruff. Mungret have been beaten at the last four in each of the last two seasons while Glenroe are in their first year at the grade. Incidentally, Mungret earned promotion to the Premier Intermediate grade with a win over Glenroe in 2016.

Kildimo Pallaskenry v Bruff on Saturday at 3pm in Kilmallock

Three of the four intermediate hurling quarter finals will be played on Sunday with the only Saturday fixture seeing Newcastle West facing Pallasgreen. Newcastle West were beaten finalists in the competition last year while Pallasgreen were operating in the Premier Intermediate grade.

On Sunday Na Piarsaigh and Hospital Herbertstown face off in Caherconlish. These sides met at the same stage last year with the City side winning 0-18 to 1-11.

West rivals Feohanagh play Knockaderry in Feenagh later on Sunday. They met in the first round in the championship last year with Knockaderry winning 0-13 to 0-11.

Rounding off the games is the meeting of Kilmallock and Croom. Kilmallock were Junior A champions last year while Croom reached the semi-finals of the IHC in 2019.

Newcastle West v Pallasgreen on Saturday at 5pm in Kilbreedy

Kilmallock v Croom on Sunday at 6pm at 6pm in Bruff