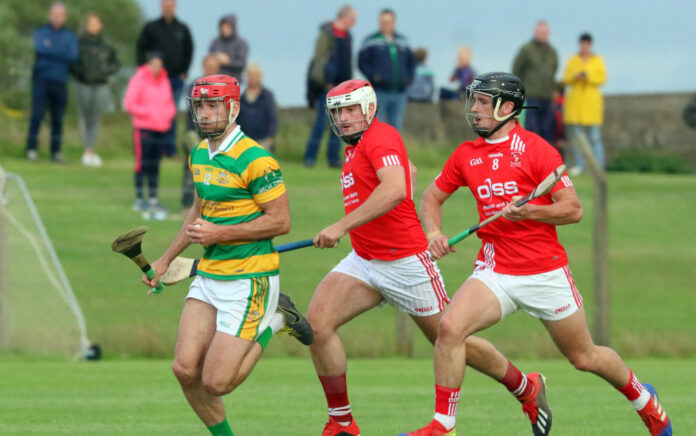 THE Limerick Senior Hurling Championship returns this weekend for the quarter-finals of the competition.

Already we have seen some instant classics with just six teams still vying for the Daly cup.

This weekend we will be down to four with as I rank the remaining sides heading into quarter-final weekend.

The easiest ranking on the list as South Liberties will thank Murroe for doing them a favour in Rd 3 of the championship. A comprehensive loss to Monaleen looked to have sealed their fate early on before a late ambush against Murroe gave them some hope. Murroe’s win over the City team was enough to see Liberties through. However, their 2020 form is as awe inspiring as their 2019 form where they went 0/5 in Senior A. Hard to see them getting past Doon on Sunday.

Ballybrown have been the most impressive team thus far in the competition with a +36 points differential from two games. Yet, the truth is that they have yet to be tested with Blackrock and especially Garryspillane failing to pull up trees this year. This Saturday they will face the biggest test in Limerick hurling, Na Piarsaigh. When they met in 2018, Ballybrown were overawed but the introduction of youth has seen them flourish this year. Could they cause the biggest upset in the competition in a number of years? They certainly have the firepower to do so.

Simply put, Doon have yet to win a championship game in this year’s championship. Twice they lead heading into injury time, twice they let the lead slip and had to settle for a draw. This will be a big concern for the East team who would be safely in the last four now had they held their composure against Patrickswell. Nonetheless, they should prove far too strong for South Liberties as they did in 2019, but with no Richie English, who will pick Barry Nash should he roam into the full forward line where he caused so much damage against Murroe? They should still have enough but it is a worry.

While their position in the knockout stages was never really in doubt, the city side would have been aiming for Kilmallock on night one where they were outclassed. Regardless, the players at their disposal speak for themselves and ask any of the other teams who they would least like to meet, majority would still opt for the five time champions. They have begun to show vulnerabilities in the past 12 months but who would still bet against the Caherdavin side?

In truth, the reigning champions have flattered to deceive in this year’s campaign as they struggled for large periods in both their games thus far. However, in Aaron Gillane they have the biggest X-Factor in the competition with last year’s All-Star not missing a beat, if even he has improved on his 2019. Last year’s win will stand to them heading into the semi-finals and whoever awaits them, Ciaran Carey and co will be confident of clicking when needed.

Their first round win over Na Piarsaigh was a clear and early warning that Kilmallock have not gone away despite a couple of below par years. The Tony Considine effect appears to be the key once more as they wait in the semi-finals with a 100% record. While some fail to translate county form into the club game, Graeme Mulcahy’s relentless consistency for the Balbec should be acknowledged. Once again he is to the forefront in their charge and the South team are blessed with quality all over the pitch. Early frontrunners.