A Limerick bus driver has been found NOT guilty of sexually assaulting a 16-year old girl on a school bus.

However, in “dismissing the charge”, Judge Brian O’Shea said it was his view the driver had engaged in an “inappropriate relationship” with the girl.

The driver and the girl both agreed while giving evidence in the trial at the District Court that they shared in “banter” on the bus, on a number of occasions.

The girl gave evidence to the court that the alleged incident was ”way different” to banter.

She claimed the driver lifted up the “front” of a short dress she was wearing on the day, and said “oh look, what’s that” and felt her right leg with his fingers.

She said this happened after she stepped onto the bus and walked past the driver’s seat at the front of the bus.

The girl, who was 16 at the time, was wearing a costume and not her longer uniform skirt, due to her involvement in a school play, the court heard.

The girl also claimed that, when she got on the school bus on another occasion, while wearing her PE clothes, the driver looked at her “from head to toe” and said, “you’re looking well”.

The alleged victim, now 18, agreed under cross examination by the drivier’s barrister, that on another occasion on the bus, she may have replied “how are your things?” after he had enquired “how’s things?”.

The girl said another pupil told her he had seen the driver lifting up her skirt and he had seen her underwear.

This pupil gave evidence that he saw the girl running for the bus in a short dress and he left her onto the bus ahead of him because it was a cold day.

He told the court he saw the driver lift up the “back” of the girl’s dress.

He said the girl continued on to her seat and had said to him, “that isn’t right”, and that she “didn’t feel comfortable”, and wanted to change into her uniform skirt.

He said they both chatted to their friends on the journey home and didn’t discuss it with one another afterwards.

The boy and the girl agreed that they had sent each other messages on Snapchat afterwards about attending court.

The boy agreed he messaged the girl telling her he was “nervous” of going to court because he “couldn’t remember the colour of her underwear”.

The girl’s mother gave evidence that when her daughter arrived home off the school bus she was “screaming and bawling”.

The girl’s mother said her daughter told her that after the alleged assault she “ran screaming to the back of the bus”.

After voluntarily presenting himself at a garda station for interview under caution, the driver told gardai the allegation was “false”.

He denied having any interaction whatsoever with the girl on the bus, on the day.

He agreed he would on occasion be “messing” with the girl and engage “in a bit of banter”.

In evidence he questioned whether or not the girl had said what she had said because of an alleged previous incident on the bus.

The driver claimed the girl had previously said to him “how are your things” when he asked her “how are things?”.

He said he had told the girl not to talk to him like that, “because I might loose my job”.

When gardai asked him what he thought the girl meant, the driver replied, “my private parts”.

When it was put to him he told the girl, “I love you”, the driver replied, “I didn’t say that, I’d hardly say that to me wife, sometimes.”

Under cross examination the driver said he couldn’t have touched the girl’s dress or her leg, because he had a “habit” of sitting in his seat with his arms folded, “the way I won’t be accused of anything”.

When pressed to explain this further, he replied, “in case (one would) be accused, like I have been accused of this now; you have to be aware at all times, I’ve (had) training and you can’t touch them, that’s why I fold my arms.”

The judge refused an application by the accused’s barrister to accept as evidence the results of a lie-detector test it was claimed he had taken.

Acquitting the accused, the judge, however, said: “I’m of the view the driver has fostered an inappropriate relationship with this child. He may think it’s banter, but it’s not appropriate.”

Judge O’Shea said he couldn’t record a “safe conviction” because in his view, there were “inconsistencies” between accounts given by the girl and boy about the “mechanics” of the alleged assault; the alleged touching, and the girl’s immediate reaction”.

Speaking afterwards the accused said: “I’m delighted it’s over and done with, thanks be to god.” 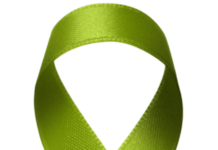