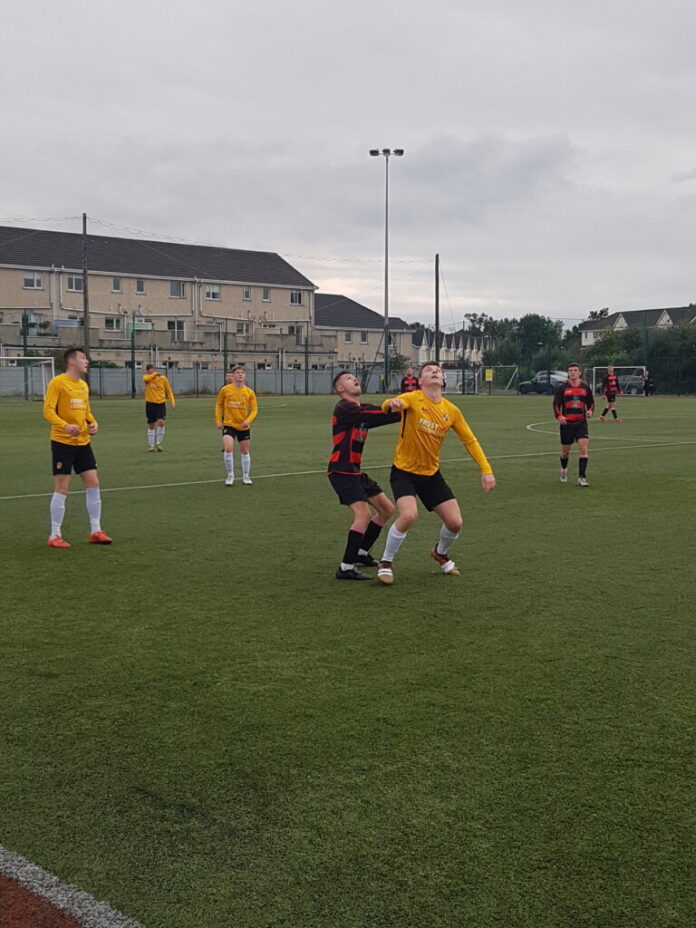 AISLING Annacotty moved to within one point of league leaders Ballynanty Rovers following a comprehensive 6-1 victory over Mungret Regional on Thursday night. Two hattricks from Shane Clarke and substitute Adam Foley added to an impressive goals for tally also.

The home side were the quicker out of the blocks and Shane Clarke’s early header from a Killian Maloney cross travelled over the bar. Mungret were then dealt an early blow when centre-back Dylan Frawley was forced off through injury.

Later in the half, captain and fellow centre-back Adam Storan was also forced off through injury. Adding to injuries to Brian Cotter and Aaron Long, manager Eddie Storan was forced to play natural midfielders Ritchie Burke and Colm Barrett as the central defensive pairing.

However, it was the unfortunate returning goalkeeper James Roche who was caught for the first goal of the evening as a Shane Clarke free-kick evaded the grasp of the experienced netminder at his near post.

Mungret responded well and equalised with a free-kick of their own in spectacular style as the impressive Kian Barry powerfully drilled his effort into the top corner, leaving Brian O’Connor with no chance despite a full outstretched dive.

Mungret midfielder Declan Cusack breathed a huge sigh of relief midway through the first half when he was caught in posession on the edge of his own box but Aaron Murphy rushed his shot and Roche saved Cusack any embarrassment.

Unfortunately for the visitors, parity did not last long as Conor Coughlan’s corner was flicked on by Thomas Clarke and it allowed his brother Shane to tap home from close range.

It remained at 2-1 for the opening 20 minutes of the second half until the introduction of Adam Foley and Shane Stack. Foley added a third for the home side within minutes of coming on and extended his impressive scoring ratio at junior level.

Annacotty now began to take control of proceedings and Thomas Clarke’s header went close to extending the lead further but went just wide of Roche’s post. Foley bagged a brace moments later when Coughlan’s through ball was drilled into the corner of the net by the former Cobh Ramblers man.

The former Limerick FC striker completed his 20-minute hattrick when a rare mistake from Craig Prendergast from a Kennedy N’dip cross allowed Foley to nip in and finish beyond the helpless Roche. The second half misery ended for Mungret in style when Shane Clarke lobbed Roche from all of 35 yards out to score a hattrick of his own.