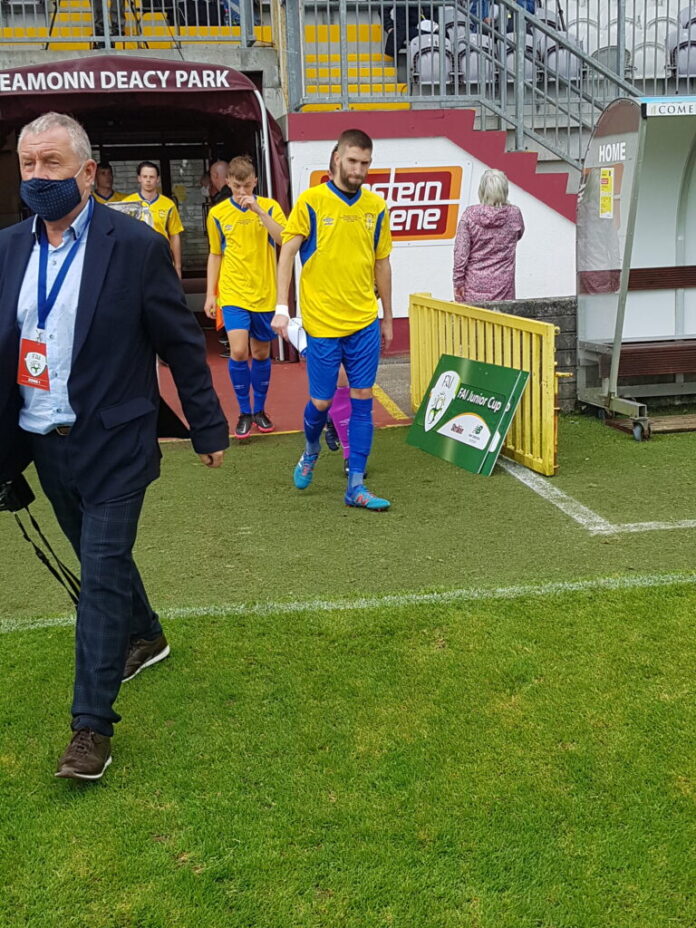 Fairview Rangers have won the FAI Junior Cup for a record ninth time following a 1-0 victory over Usher Celtic at Eamon Deacy Park on Saturday.

During the run to the final, the central defensive partnership of Mark Slattery and Clyde O’Connell has been rock solid and provided the platform for the team’s success.

Slattery has been an ever-present for Jason Purcell since joining the club from Carew Park at the beginning of last season. We caught up with the experienced defender after the final whistle and he admitted relief was overriding emotion.

“Its more relief now at the minute after years and years of trying. It hasnt set in yet. The last 15 minutes after we scored felt like three months whereas the first 75 minutes just flew by. I am delighted.”

To watch the full interview, click on the link below