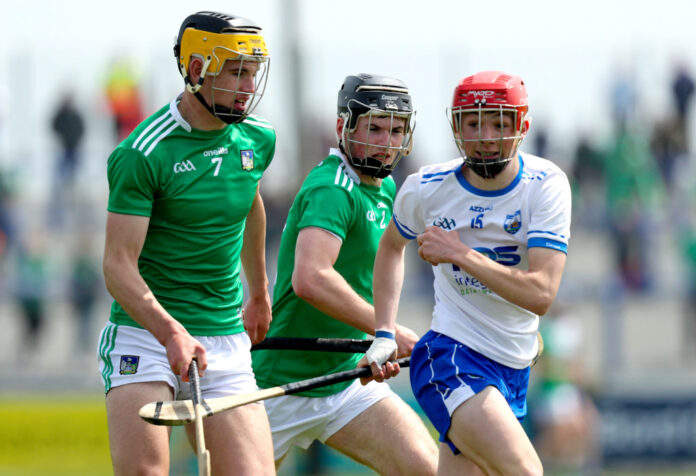 THIS Wedensday evening, Mungret St Pauls will take on neighbours and defending champions Ballybrown in the Premier Minor Hurling Final.

After their senior side earned promotion to Senior ‘A’ on Sunday, Ballybrown will be looking to retain the title they won for the first time in 31 years last year.

They will be looking to inflict further damage on Mungret who were beaten in the Premier Intermediate Hurling final by Kildimo Pallaskenry on Sunday evening.

Mungret last reached the final in 2017 where they were beaten by Garryspillane with their last triumph coming in 1993.

Ballybrown are yet to taste defeat at this level since winning the Minor A championship in 2018.

Last year they beat Mungret 1-17 to 1-11 in the group stages en route to winning the title.

They were victorious when they met in late August, winning out 2-19 to 1-16 and booking a place in the semi-finals with three wins from three in the championship.

Incredibly Mungret would match that total in their semi final as they defeated Monaleen by 3-16 to 0-15. This was after they overcame Newcastle West by a solitary point in the quarter-finals.

Ballybrown will be buoyed by the return of Colin Coughlan who has been outstanding for the senior side, as has Aidan O’Connor.

Mungret will look to Liam Lynch and Brian O’Meara to carry the scoring threat with all four, members of last years Munster Minor winning Limerick team.

Throw in tonight is at 7.30pm in the Gaelic Grounds with live coverage on Limerick GAA TV.