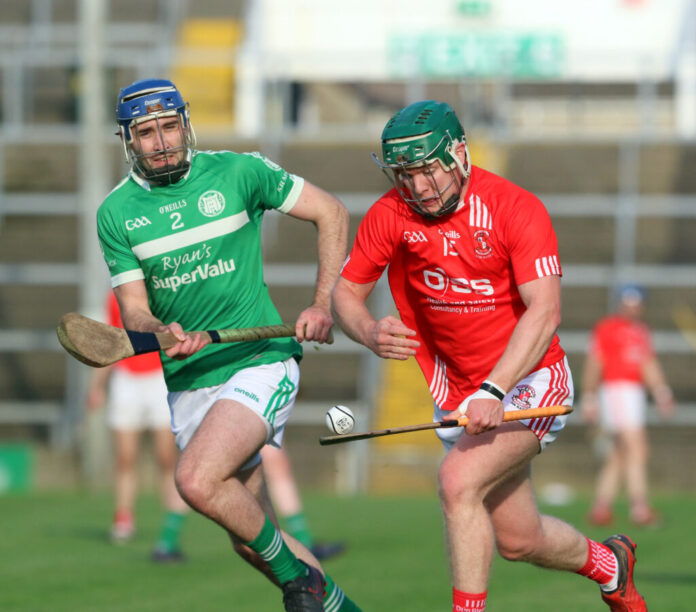 FOR the second time in three years the Limerick Senior Hurling final will be contested by Doon and Na Piarsaigh after both came through their respective semi-finals over the weekend.

On Saturday evening in the Gaelic Grounds, Doon became the first side to book their place in the final after an impressive 2-20 to 1-17 win over Kilmallock in the LIT Gaelic Grounds. Jack Ryan’s first half goal laid the foundation for Doon who had a 1-12 to 0-10 lead at the half.

Ryan’s second pushed Doon into the commanding 2-19 to 0-16 advantage with Graeme Mulcahy’s late effort proving little more than a consolation. Doon’s victory came in the absence of Darragh O’Donovan who cried off with injury against South Liberties and Richie English who has missed the entire championship with a cruciate knee injury.

They will play Na Piarsaigh in a repeat of the 2018 decider after they dethroned champions Patrickswell comprehensively with a 1-25 to 0-17 win. The first half was relatively nip and tuck with Nap holding a 0-8 to 0-7 lead at the first water break.

The lead was 0-14 to 0-9 at the break however as Na Piarsaigh tacked on five of the last six scores. Seanie O’Brien’s red card also saw Patrickswell reduced to 14 just prior to the half.

Patrickswell would get the opening three scores of the second but David Dempsey’s goal would prove decisive as Na Piarsaigh dominated the final half hour, getting the final seven scores of the evening.

There has been a rich recent history between the sides as they have met in each of the last four championship campaigns. The city side have had the upperhand in the last three meetings winning the 2018 final and 2017 semi-final clashes.

Last year when they met in the group stages, Na Piarsaigh were 3-24 to 3-12 winners with both sides already assured of progression to the knockout stages prior to the throw in. Indeed, Doon’s last win over the Caherdavin outfit came in the group stages in 2016 when East side were 2-18 to 1-19 winners.

Having overcome the odds against Kilmallock, Doon will once again be heavy outsiders as they seek a first ever title at the grade. They are likely to still be without the influential O’Donovan who was masterful in English’s absence this year.

Nonetheless, others have stepped up throughout the field in their place with the timely return of Barry Murphy and emergence of Jack and Cormac Ryan, with Jack in scintillating form against the Balbec.

Their opponents have had a grip on the SHC since their maiden title win in 2011, winning four more in the intervening years. They are yet to go two seasons without a championship since that first triumph and will be expected to continue that trend on Saturday.

They too have their injury doubts with Shane Dowling still out and Kevin Downes a doubt. However, the talent they possess all over the field is incredible with William O’Donoghue’s performances in particular otherworldly this year.

It will take a monumental effort from Doon but they will be better equipped after the experience of 2018. Yet, such is Na Piarsaigh’s physical power, the Caherdavin side look poised for a sixth ever title.

Throw in at the Gaelic Grounds this Saturday evening is 7.30pm with the game live on RTE.