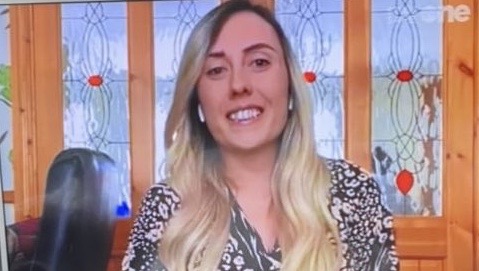 ON HER 25th birthday, instead of being out celebrating with friends, Limerick journalist, Jennifer Purcell was in a hospital operating theatre having part of her cervix removed.

She had been diagnosed with stage one cervical cancer and while it was caught early, one of her big fears was that she would not be able to have children.

A year later, she was again diagnosed but with a much happier condition – a twin pregnancy.

Speaking on Virgin Media’s Elaine Show this week, Jennifer  explained that her cancer was first spotted through a routine smear test and doctors removed abnormal cells.

“I thought that’s that, but two weeks later I got a call to come into the hospital urgently to discuss treatment. The 12 hours that followed until I spoke with a doctor were the worst of my life.

“I was alone in my flat and all my family were back in Ireland. I rang home – I was shaking. Then of, course, I went on ‘Doctor Google’ and read everything I could about cervical cancer.”

Jennifer was rushed into hospital and had a cone biopsy which successfully removed the cancerous cells.

“I was really worried that I wouldn’t be able to have kids but they told me with a cervical stitch there was no reason I shouldn’t.”

Jennifer and her partner, who were both living in London at the time, talked about having children in light of what had happened, “but we never expected it would happen so quickly and then we heard it was twins, it was unbelievable. It’s like we had a second chance because you never know if this will come back”

Jennifer first met her twin babies in a scan “almost a year to the day” after her cancer diagnosis.

Asked  what she would say to parents concerned about vaccinating against HPV she said, “grab that opportunity with both hands if you get it.

“I left school just the year before the vaccine came in and I didn’t get it. Look what happened to me. I think my situation would have been very different if I had been vaccinated.”