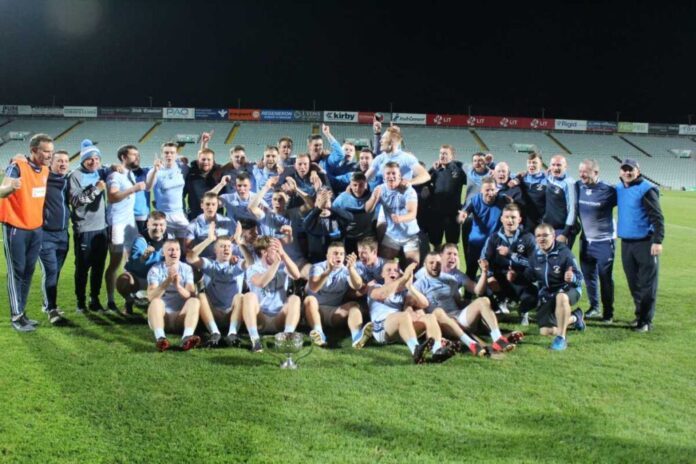 THE 2020 Limerick Senior Hurling championship has come and gone with Na Piarsaigh the last ones standing. After being written off by some after their first round loss, the Caherdavin responded in awesome style and their 27-point county final win will send out  warning to all for the 2021 campaign.

In a season that we didn’t know we would get due to the pandemic, there was little in way of surprises as the cream of the crop rose to the top once more with Na Piarsaigh, Doon, Kilmallock and Patrickswell the semi-finalists for the fourth successive year. Ahane retained senior status and will be joined in Section ‘A’ by Ballybrown next term.

Adare fall to Section ‘B’ with Kildimo Pallaskenry the newest Senior side after they won out the Premier Intermediate championship. They replace Murroe Boher who were relegated to the PIHC Ranks.

While it may not have been the most exciting championship, it was of an incredibly high standard which bodes well for John Kiely approaching the Munster championship.

And although I hadn’t the privilege of seeing every game, I hand out the Sporting Limerick SHC awards below.

After a couple of years on the periphery of the Limerick Senior Hurling team, David Dempsey was giving his chance by John Kiley in the spring which he took with both arms with a series of impressive displays. As such he looked like the main contender to push into Kiely’s XV for the 2020 championship campaign. This idea was quashed with the lockdown but Dempsey has done his chances no harm with a brilliant club campaign.

Dempsey has been staggeringly consistent for Na Piarsaigh during their dominance of the Limerick SHC winning his first title while still underage for the minor side and adding four more, bagging goals in three of those finals, including a 2-2 haul against Doon in the decider. Both of those goals were from the top drawer as was his effort in the semi-final against Patrickswell.

Surrounded by a team of superstars including William O’Donoghue, Peter & Mike Casey and Conor Boylan to name a few, Dempsey shone brightest this year.

Dempsey makes it two from two as he also scoops the best goal award. In truth, this award could have been won by any of Dempsey’s three goal this year which I have already alluded to. I would pluck for his first effort against Doon in the decider as it as good as killed off the challenge of the East club.

Racing onto a pass from Thomas Grimes outside the 21’, Dempsey collected the sliotar and unleashed a shot past the despairing Eoghan McNamara as Thomas Hayes tried to close it down.

On first look it appears as a quality goal but when you see the flight of the ball from behind the player, it just shows how outrageously accurate the attempt was.

Had Doon a full complement of players on the line, it most likely would have flashed past them.

Arguably the first game of the year was the best as it saw the clash of Patrickswell and Adare in the LIT Gaelic Grounds. After a poor couple of years in the top tier, Adare were largely written off against the defending champions who were so impressive in the 2019 campaign.

What transpired was an absorbing hour of hurling as the sport was welcomed back with open arms to the Limerick public. Not to be overawed by their underdog status, the West side hit the ground running and were full value for a big lead at the half.

However, Aaron Gillane’s first half goal was an indication of where his form was at and he almost single handily turned the game in the final quarter as he banged another home and sent out an early statement of intent to not only the Limerick championship but also the country as a whole.

In the end, Patrickswell would have six points to spare but the match promised an even championship, suggesting the gap had decreased substantially. This would prove a false dawn but in the moment it was a brilliant encounter with no players showing any ill effects of having not played in months.

There were little in ways of upsets across both tiers of the Senior Hurling Championship this year unfortunately. No team was able to topple the big four with a big gulf in the quarter-finals.

Arguably the most surprising result was Ahane’s comfortable relegation play-off win over Adare when they beat the West side 0-28 to 2-17. After two heavy losses to Kilmallock and Na Piarsaigh, and Adare’s upturn in form, Ahane were outsiders coming into the game but lead from start to finish in a composed display.

They will now look forward to a second year at the grade with this year’s experience invaluable to the East side.

Kilmallock’s first round win over Na Piarsaigh was surprising but in the end it counted for little.

Yes they were raging hot favourites going into the Daly Cup final but you would be hard pushed to find an honest man that predicted a 27-point winning margin in the decider.

While they were without Darragh O’Donovan and Richie English, Doon reached the final on merit and the manner of their semi final win over Kilmallock suggested they were ready for Na Piarsaigh in a repeat of the 2017 final.

What panned out was a dominant and unfortunately one sided game that broke a host of records.

However, you could argue that it was more surprising that Doon reached that game in the absence of the All-Star and All-Star nominee, with most teams unable to cope with such absentees.

It is far too erly to be even looking forward to the 2021 season considering the current global climate and the effort it took to get this one off the ground and completed. But that is what I’ll do.

You cannot look past Na Piarsaigh as favourites considering what they have done this year. Yet, they relinquished their after each of their first three triumphs with the 2018 final the first in which they went back to back.

Their opponents will be hopeful of a similar drop off but it is unlikely that those players will take their foot off the gas.

The final loss will hurt Doon deeply and a defeat like that can set a team back years. However, the return of a fit English and O’Donovan could reinvigorate the team.

Patrickswell had a poor year and will be keen to rebound after losing their title with a wimper.

Kilmallock will look to regain their early season form that deserted them in the last four while Ahane will be looking towards the latter part of their campiagn for inspiration.

Newcomers Ballybrown will have their say and will fancy taking a big scalp on their return to the very top.

In Section ‘B’, Adare will be favourites to rebound and reach a quarter-final while Kildimo Pallaskenry’s recent records suggest they won’t take long to adapt to the higher standards.

Yet, at the end of the day, if Na Piarsaigh perform, it will take a monumental effor tto stop them repeating. 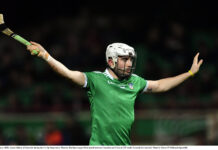