Home Lifestyle Festival in a Van is novel response to live performance at this... 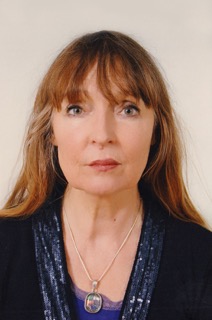 FESTIVAL in a Van is the novel response of the organisers of Eigse Michael Hartnett’s to Covid-19 restrictions, which will bring live entertainment to audiences in the grounds of the Desmond Castle, Newcastle West this Saturday afternoon.

Beginning at noon, and taking place every hour on the hour, there will be four half-hour sessions of music, story-telling and poems from the back of a purposely converted van.

But because of Covid-19 restrictions, audience numbers at any performance will be strictly limited. The performances will also be live-streamed.

The Festival in a Van concept is led by a team of theatre professionals and supported by Creative Ireland and the performers are all Limerick based.

Festival in a Van is just one part of Éigse Michael Hartnett 2020 whose three day festival begins this Thursday 01 October.

In addition, there will be a special reading by the winner of this year’s Michael Hartnett Poetry Award which the organisers are delighted to announce is Eva Bourke from Galway.

The award is for her collection Seeing Yellow, published by Dedalus Press.

The award will be presented this Thursday, the opening night of Éigse Michael Hartnett, which will be live-streamed and will comply with Covid-19 restrictions for those lucky few who will be attending.

In their citation, this year’s judges described Seeing Yellow as ‘stunning’ and ‘one of the most satisfyingly assembled collections of recent times’.

“Poems ranging widely in tone and theme, in shape and colour, come together subtly and seamlessly to form one wide, deep, smoothly flowing river,” said the judges, poets Thomas McCarthy and Geraldine Mitchell.

“Here, in poem after poem, this masterful poet explores the very essence of being, of childhood, of youthful attachment and deep personal loss, in poetry of the most disciplined, considered and discreet verse-craft,” they continued.

“Behind these poems is a poet hungry for the world, whose poems are placed firmly in the world,” the citation continued and they praised Eva Bourke for the music, which infuses the collection.”

“In an era of brilliant poets and highly ambitious poetry collections, Seeing Yellow claims a unique and noble place for itself: it is a glorious cornet solo heard momentarily, like the voice of Michael Hartnett, above the great orchestra of Irish literary life,” the judges concluded.

Responding to the announcement, Eva Bourke said she was delighted. “This is an unexpected honour.”

Poetry, she added, bring together emotions, ideas and the physical world. “We can take a sleepy journey on a train, stopping at one little town of fact after another, a poem will wake us and demand of us to get up and off into the unknown world full of everyday things that are touched with magic.”

Eva Bourke, who lives in Galway, is a poet and translator. Seeing Yellow is her seventh collection. She translates poetry from English into German and vice versa, and she has published several anthologies and collections in translation.

Together with Borbála Farragó she edited the anthology Landing Places. Immigrant Poets in Ireland (Dedalus 2011) and with Vincent Woods Fermata: Writings Inspired by Music (Artisan House 2017). She taught creative Writing in the US and the MA in Writing at NUI Galway. She is a member of Aosdána.

Thursday’s prize giving will be live streamed at 7pm and the readings will go online on Facebook and on the Eigse Michael Hartnett website throughout Friday and Saturday.