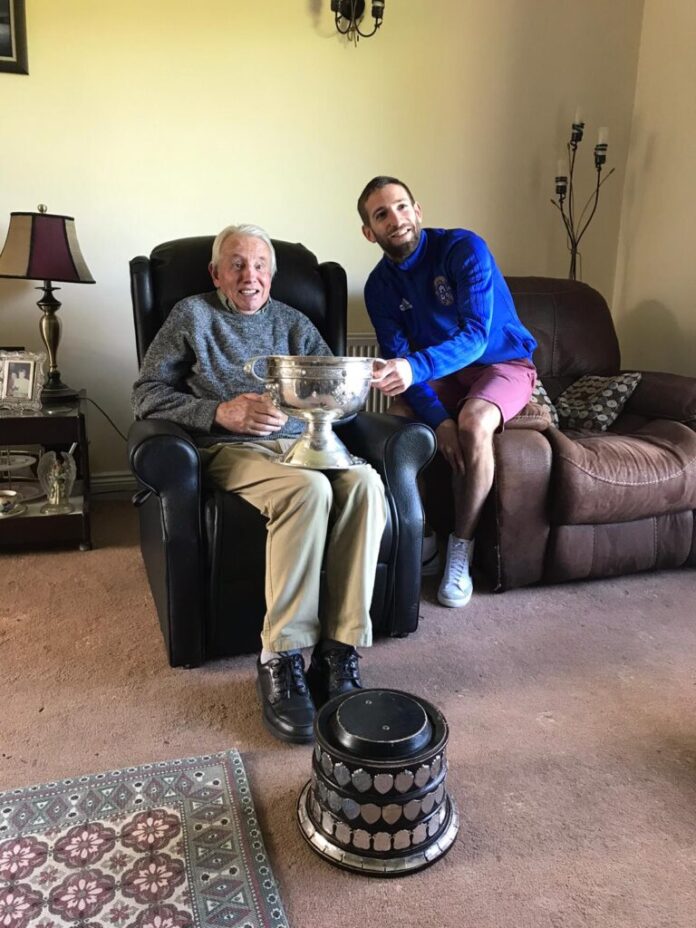 ON September 12th, Fairview Rangers made history as they became the first junior soccer club in the country to win the FAI Junior Cup for the ninth time. A Clyde O’Connell header with 12 minutes remaining was enough to secure victory over Usher Celtic of Dublin at Eamon Deacy Park.

It afforded lifelong Fairview clubman and captain Jeffrey Judge the opportunity to hold the coveted trophy aloft in front of a very small attendance.

Unfortunately, the Covid-19 restrictions prevented many die hard Fairview clubmen as well as family of players and management from attending the historic occasion which was streamed live on Striker Online. There were plenty of celebrations to follow regardless.

The Fairgreen outfit are a club enriched in FAI Junior Cup success particularly during the 1990’s under the stewardship of Dermot Finnan. However, the club had to wait 40 years to win their first national crown and then had to wait a further 32 years to add to the first victory.

Sean Byrnes was captain of the first Fairview side to win the FAI Junior Cup in 1965 when they defeated Douglas FC of Cork. There was a poignant moment last weekend as both Byrnes and Judge posed together with the trophy (above), with 55 years between both players lifting the cup for the record holding junior club.

Byrnes holds the distinction of winning both the FAI Junior Cup with Fairview and FAI Senior Cup with Limerick during a distinguished playing career.

In between both men captaining the victorious teams, there were three back to back FAI successes from 1997-1999 and 2002-2004. Many Fairview players including current chairman Derek Whyte and brother John, current manager Jason Purcell, Robbie Kelleher and Brian Buckley went on to enjoy solid careers at League of Ireland level.