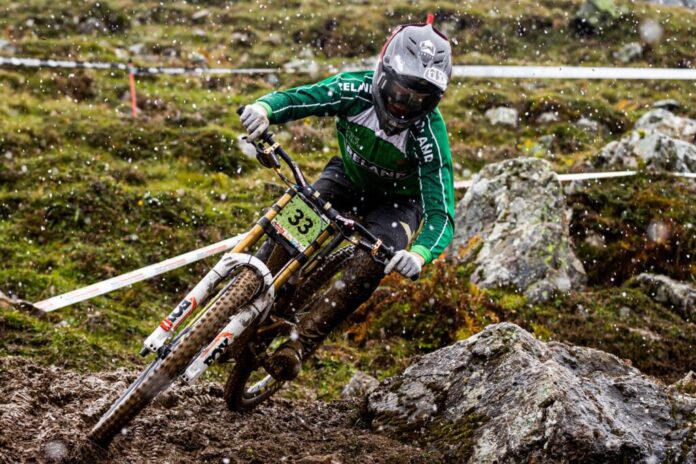 O’Callaghan blasted down the 2.3-kilometere course, dubbed the “Speedster” as speeds approaching 65 km / h on the rough terrain to finish in a time of 4:02.142.

Speaking after being awarded the rainbow jersey O’Callaghan said:

“I don’t think it’s sunk in fully yet, later on I think it will. It’s a bit overwhelming right now.”

“I think every racer aims to win. But top five would have been really good.”

“Everyone has been sending me messages and hoping that I do well.”

“I know lots of people were watching the live timing.”