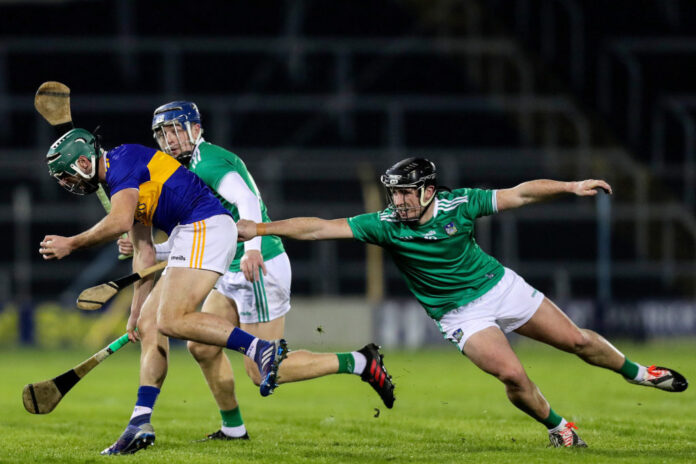 JOHN Kiely has confirmed the serious knee injury suffered by Mike Casey in a challenge match at the weekend and said that his participation against Clare on October 25th is unlikely.

“Well we are not to the end of the process yet but listen, he has damaged his knee and he’s got to go to Santry for further investigative scans, but at the moment unfortunately it’s not looking great for him.

“It was just a simple landing. It was probably your textbook knee injury where a player just lands and tries to turn on landing, and that was it really”.

Kiely did however says there is better news regarding the Doon pair of Darragh O’Donovan and Richie English.

“Darragh O’Donovan has returned to full training. Darragh suffered a knee injury in a club game, very similar circumstances, landing and twisting at the same time.

“He was very fortunate that it wasn’t a more serious injury at the same time it necessitated that he missed a couple of games with his club, really important games for his club, county semi-final, county final – nobody wants to miss those games.”

“Another club man of his is Richie and Richie has made fantastic progress over the last six months under the guidance Dr James Ryan and Mark Melbourne.

“He’s running hard, he’s working very hard and I’ve no doubt he will put on the green jersey again over the coming months. He just has a small bit of work to do but nothing massive.”