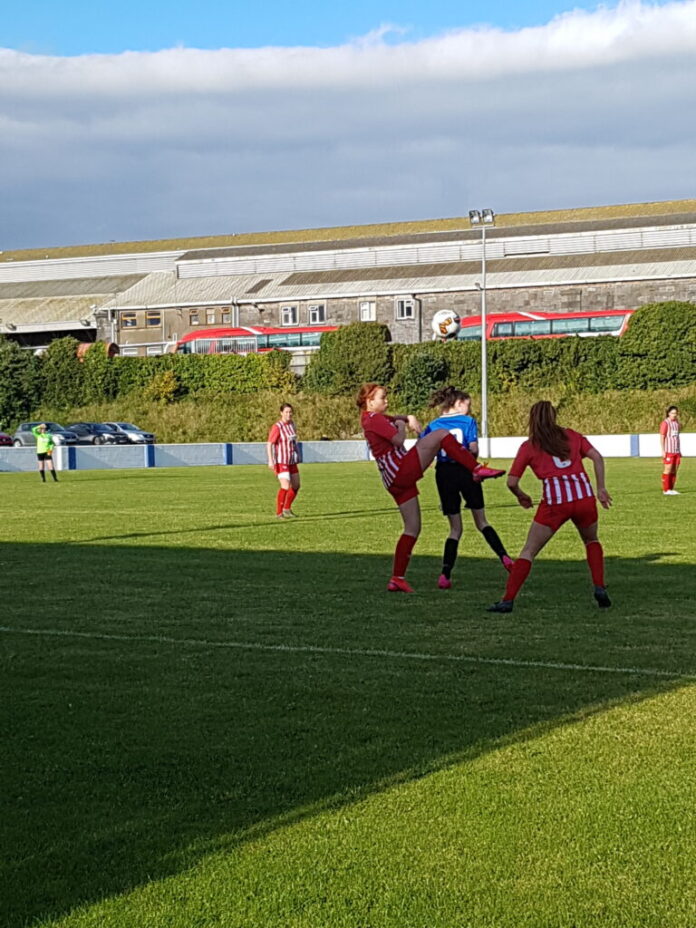 TREATY United suffered their second defeat in 7 days at Jackman Park when Athlone Town secured a narrow 2-3 victory at the Carey’s Road venue on Saturday afternoon.

First half goals from Kellie Brennan and Kayla Brady and a second half strike from Katelyn Keogh cancelled out replies from Cayla Davis and Gillian Keenan to give the Midlanders the win in the first game of phase 2 in the Women’s National League.

The league has split into two sections for the remainder of the season with Wexford, Peamount, Shelbourne, Cork and Galway competing in the top tier and Treaty United, Athlone, DLR Waves and Bohemians battling it out in tier 2.

Treaty United made a disastrous start as Athlone’s Kellie Brennan was played through and her scuffed effort travelled beyond Maebh Ryan and into the net after just two minutes.

Brennan and strike partner Katelyn Keogh were a thorn in the side of the home defence all day long and the latter forced Ryan into action on two occasions in quick succession but the netminder was equal to it.

Dave Rooney’s side’s first chance fell to the lively Gillian Keenan who was a threat throughout but she blazed over the bar after good work from Aoife Horgan in midfield. The visitors looked dangerous from set-pieces all day and centre-back Zara Lawless headed over from an Emma Donohue corner.

Treaty were made to pay for their inability to clear corners when captain Kayla Brady powerfully dispatched Donohue’s header to the back of the net to hand her side a 0-2 lead.

However, Rooney’s charges responded well and Cayla Davis ferociously fought to keep possession on the edge of the box and burrowed her way through before slotting past Niamh Coombes. It was an important goal just before the half-time interval.

Unfortunately, Treaty failed to learn from first half mistakes and Brennan was allowed too much time to play the ball in behind Curtin and Parbat to the onrushing Keogh who took the ball past the advancing Ryan before tapping into an empty net.

To their credit, Treaty showed great character once again to reduce the deficit when Keenan beat her marker before expertly smashing the ball into the corner of the net despite pressure from Coombes.

Substitutes Maggie Duncliffe and Esra Kengel both had chances for the home side to equalise but a combination of Coombes and a stubborn visiting defence ensured the Midlanders picked up all three points from the encounter.