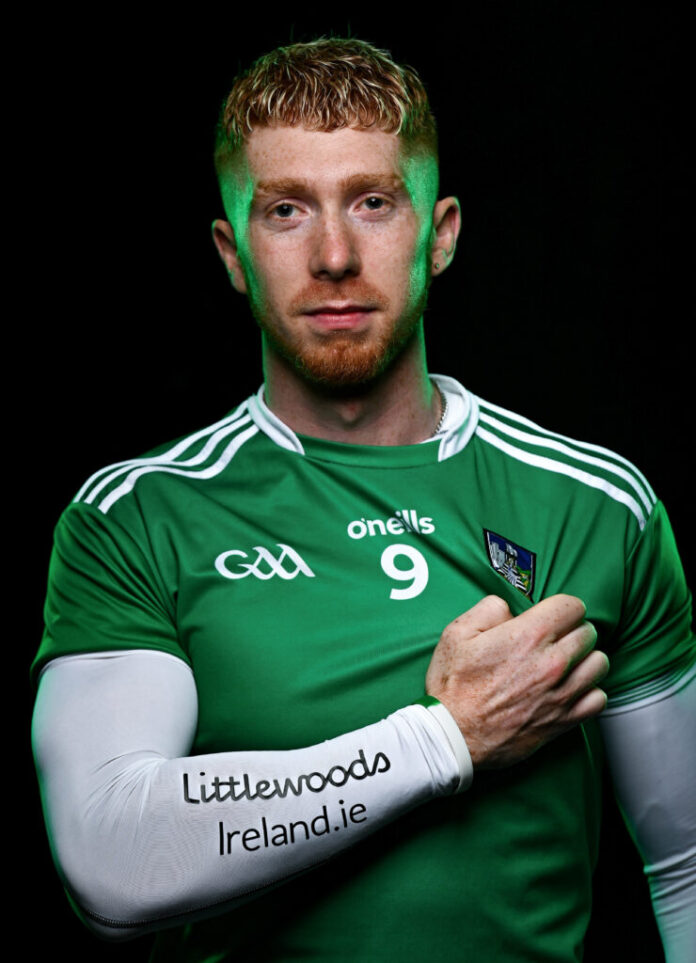 AS the country prepares for another lockdown this evening, the Limerick senior hurlers will continue their preparations for this Sunday’s Munster Championship quarter-final with Clare.

As the country comes full circle back to Level 5 restrictions, so will Limerick star Cian Lynch as he faces into a repeat fixture of the one where he made a spectacular debut in 2015 as a 19-year-old.

“I suppose it’s your dream as a young fella to represent your county. I was lucky enough to start that game, things went well with the team and we got the win. That’s always the most important thing to look at in sport, the end result for the team rather than anything on an individual basis. It was great to get your debut and to play with lads like Donal O’Grady, Jim Bob, all these lads that are absolute staunch Limerick legends. It was an honour.”

After such a lengthy wait for Lynch and co to get back to competitive action, the Patrickswell man discussed the original lockdown, citing his faith as one of the key mechanisms in getting through what was a difficult time for all.

“Yeah, you’d just get up in the morning and go for a little walk and listen to a bit of mass there, the local priest used to say it online. It was kind of a grounding for me personally and it would set me up for the day. It’d take away any worries you might have too. You can get so engrossed or so consumed by everything that’s going on, social media or whatever it might be but that grounding, I’m grateful that I have faith. Faith can come in different ways for different people but it’s just looking at it as a light at the end of the tunnel and it can focus the mind and that too.”

As such, Lynch is currently training to be a Religion and Geography with placement in Castletroy College approaching fast.

“Yeah, I’ve teaching practice there in two weeks coming up in Castletroy College. It’ll be great to get a bit of experience teaching Religion and Geography, so I’m grateful for that.

“It was always something I wanted to go down, to get involved with kids or young adults and teaching is the way to do it. I’ve always had a passion for religion and geography and especially religion – faith is something we can all hold onto now and grasp with two hands. During the lockdown, when mass was stopped, it was something I kind of looked to saying a few prayers just to keep the positive vibes and positivity going and that’s important for any young person.”

And with the championship opener just around the corner, despite all the uncertainty elsewhere, Lynch is excited to get back out onto the field.

Personally, I’m grateful. It’s been a long few months of worrying. For us it’s that safeguard knowing that every time you go training things are being done right. Our set-up, like every other county set-up across the country, l are doing everything in their power to keep the players safe and their families safe. Those safeguards give you a massive sense of clarity you’re going training and coming home, that you’re doing everything right.

“Mentally it’s massive for players and families, and just the wider community. I suppose it’s about the love for the game and showing how hurling itself brings joy to people’s lives. I know a lot of people won’t be able to go to the matches but just having that bit of buzz, bit of bite around the place that people can hold onto for a few weeks. So it’s great.”

Limerick Hurler Cian Lynch joined All Ireland Senior Hurling Championship Sponsor Littlewoods Ireland to launch their new ‘Style Meets Substance’ campaign. Returning for the 4th year running as a top-tier sponsor, Littlewoods Ireland’s ‘Style Meets Substance’ campaign is a celebration of hurling people, their individuality, their love for the game and the joy of Championship.

As in previous years, the hashtag for Littlewoods Ireland’s sponsorship of the All-Ireland Senior Hurling Championship and the National Camogie League remains #StyleOfPlay. Style of Play is about celebrating both the Hurling and Camogie family, people of real character and substance.

The post Cian Lynch looking to ‘bring joy to people’s lives’ ahead of Munster opener appeared first on Sporting Limerick.