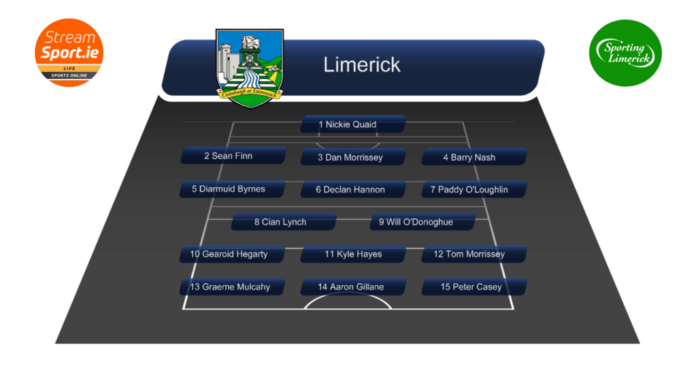 JOHN Kiely has named his starting XV to take on Clare in Thurles at 3:45pm on Sunday afternoon in the Munster SHC 1/4 Final which is also doubling up as a National League Final.

There are several notable changes as Dan Morrissey drops back into the full back line in place of the injured Mike Casey. While Sean Finn remains in the right corner back position, Barry Nash fills in for Richie English in the other corner.

Diarmuid Byrnes and Declan Hannon are named 5 and 6 respectably while Paddy O’Loughlin is named at 7. The Kilmallock man also featured prominently for UCC in the latter stages of the Cork SHC.

Cian Lynch and William O’Donoghue are named at midfield. Gearoid Hegarty, Kyle Hayes and Tom Morrissey make up a powerful half forward line while the inside forward line is made up of Graeme Mulcahy, Aaron Gillane and Peter Casey.

There is plenty of experience on a bench which includes Seamus Flanagan, Darragh O’Donovan and Pat Ryan while Adare’s Ronan Connolly is rewarded for a strong championship showing with a spot on the 26.