THEFTS of catalytic converters from cars are on the rise throughout the city and county, with SUVs being proving particularly popular with the thieves.
Gardaí believe that this is because thieves can get in underneath them more easily than cars to remove the expensive metals in the converters.

A number of cars were recently targeted in Castleconnell, Newcastle West and Glin.
According to Garda Crime Prevention Officer Sgt Ber Leetch, the first incident occurred between midnight on Wednesday, October 14 and 8am on Thursday,  October 15 at Woodfield Drive, Newcastle West.

The catalytic converter was stolen from a black Volkswagen Polo. The Gardai at Newcastle West are investigating and they can be reached at 069 20650,” she said.
“Another similar incident occurred at 1.10am from a red Toyota Prius outside a house at Scanlon Park, Castleconnell.
“In this instance the Gardai at Castleconnell are investigating and they can be contacted at 061 377105”.
“A catalytic converter – located near the rear wheels – is an exhaust emission control device that converts toxic gases and pollutants in exhaust gas from an internal combustion engine into less-toxic pollutants,” Sgt Leetch explained.
The catalytic converters “are in high demand by thieves at the moment as they contain precious metals such as platinum , palladium and rhodium”.

“These precious metals have increased dramatically in price recently – hence the interest taken by thieves. The culprits can remove the catalytic convertors often in less than two minutes, and incidents have been reported to have occurred during the day and night with the use of very little tools.”
Last Saturday Tipperary Gardaí seized 16 catalytic converters as part of an ongoing investigation.

Prevent catalytic converters from being stolen

• Park your car in a garage.
• Park your car in a location that restricts access to the underneath of your vehicle. This is called ‘defensive parking’. Parking near a wall would be an example.
• Consider the installation of additional security lighting outside your house, but only if the lighting would be strong enough for a thief to be easily seen near your vehicle.
• Consider etching security details into the converter.
• Install extra bolts or sleeves to make them harder to cut out. 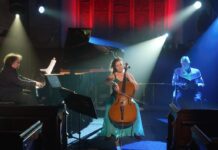 Live audience to return for the Castleconnell Autumn Concert Series 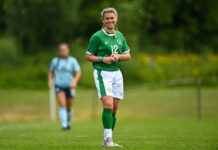