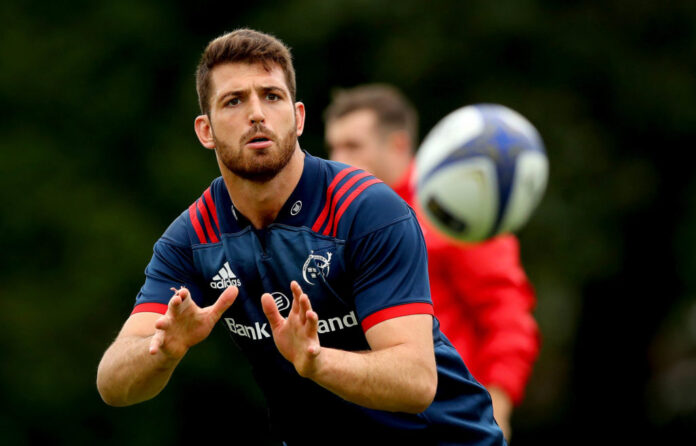 MUNSTER have confirmed that they have signed Ireland U20 scrum half Ben Murphy on a seven-week deal.

A member of the Leinster sub-Academy, Murphy joined the squad at the HPC today and provides injury cover with Neil Cronin ruled out due to a long-term knee injury.

With Conor Murray on international duty, Craig Casey and Nick McCarthy are the only two scrum-halves available for selection.

On the injury front, Jean Kleyn will train fully today having been replaced after 61 minutes of Sunday’s win over Dragons with a knock.

Darren Sweetnam (knee) will be assessed as the week goes on.

Chris Cloete was a late withdrawal at the weekend due to a neck injury. He is not available this week but it is not expected to be a long-term injury.

Dan Goggin underwent a scan on his shoulder last week and continues to rehab with the medical department.