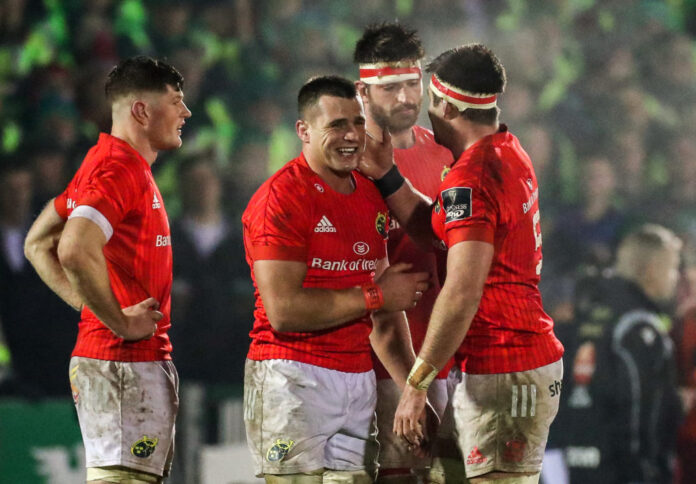 FIXTURE details have been confirmed for Munster’s three Guinness PRO14 Interpro derbies in December and January.

The fixtures and host broadcaster information is listed below. All secondary broadcast information will be confirmed in due course.

All three games will be played on Saturdays with the Leinster clash at Thomond Park on St Stephen’s Day at 7.35pm. The away game against Ulster will be on the following Saturday evening at 5.15pm with the trip to Connacht on January 9 another Saturday night kick-off (7.35pm).

You can order a fan portrait to be installed for our upcoming home games with over 750 portraits already in place at Thomond Park.

Additionally, two postponed fixtures from Rounds 4 and Round 6 have been rescheduled for the first weekend in December – Connacht v Benetton Rugby and Glasgow Warriors v Dragons.

PRO14 Rugby can also confirm that the R7 Dragons versus Edinburgh game set to take place on Monday, November 23 has been postponed. Following advice from Public Health Wales, Dragons have taken the decision, with the full support of PRO14 Rugby, to isolate for 14 days and will not return to organised team training until later this week. This will mean there is not enough adequate preparation time to ensure players can return safely to full match intensity.