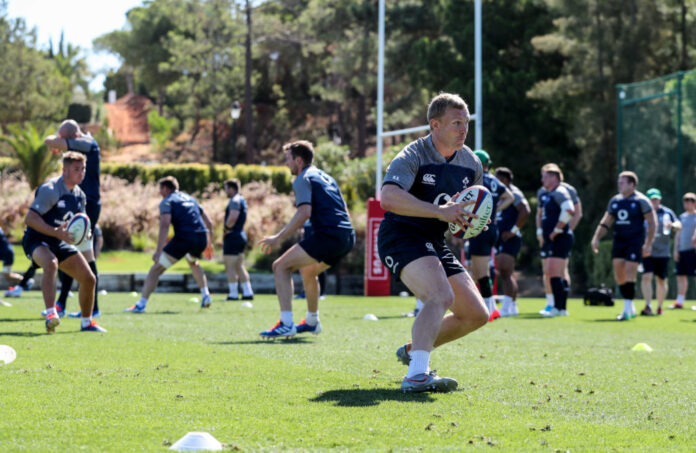 KEITH Earls is back in the Ireland starting XV to take on England this Saturday in the Autumn Nations Cup.

He is giving his first start since return form injury and the winger is delighted to be back involved in the squad after the lay-off.

The Limerick man noted the immense competition for places in the back three with the likes of Hugo Keenan and James Lowe bursting onto the scene in Earls’ absence.

The Moyross native has welcomed this competition with each player improving the other.

“The competition for the back three has gone through the roof with James, Hugo and Shane Daly aswell. You’ve Conway and obviously Jordan who is out injured. In fairness to all the lads, there is no one holding back.

“We’re keeping each other on our toes and telling others what we see. It’s a good friendship between us all.

Ireland will be reacquainted with old rivals England this Saturday and Earls is expecting a tough test against the Six Nations champions.

They can play any style they want. They have massive ball carriers that give them momentum. They have two world class out-halves, whichever it is, who run the show. A variation in kicking options. They can put you under pressure in any areas and I suppose it’s up to us to counter that and put it back on them.

Watch Earls interview with the IRFU in full below.

The post WATCH: Keith Earls says competition in Ireland squad ‘has gone through the roof’ appeared first on Sporting Limerick.