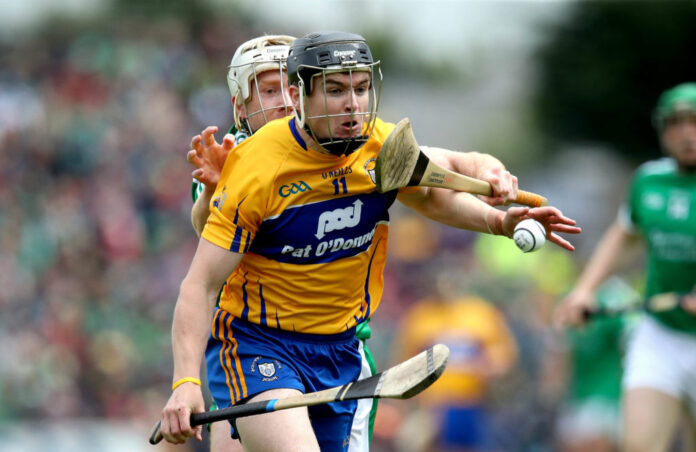 JUST like that, the hunt for Liam MacCarrthy is down to six with the quarter-finals penciled in for this Saturday.

Provincial champions Limerick and Kilkenny are safely through to the last four and await the winners of this weekend’s games.

With just six sides remaining in the hunt, we examine the contenders in the Power Rankings below!

Although they are bottom of the list, Clare are just three games away from All-Ireland glory. They have regrouped brilliantly from the Munster quarter-final loss to Limerick and have quietly gone about their business, dispatching Laois and Wexford over the past fortnight.

Tony Kelly is a man on a mission and is having a better season than his 2013 Hurler and Young Hurler of the Year campaign.

However, they are without a number of key players and this weekend against Waterford will be their fourth weekend out of the last five which could prove troublesome.

While they are more than a one man team, they will need Kelly to continue in his extraordinary form. Anything less than exceptional from the Ballyea man and Clare coul crumble.

Who would doubt the Hurler of the Year elect from carrying his side to the last four however.

The defending champions are fifth on this list but I wouldn’t be surprised to see them shoot up the rankings after this weekend’s quarter-final.

Liam Sheedy’s side have yet to turn up in their two games thus far against Limerick and Cork but still found a way to overpower the Rebels in the Gaelic Grounds.

Their panel is probably the strongest outside of Limerick’s and they currently have the Liam MacCarthy in their possession.

They face a Galway side who will rue a Leinster final loss at the weekend. The pair have had some memorable meetings over the past decade and expect another this weekend.

Don’t rule out Tipp just yet.

Liam Cahill will be disappointed to have come up short in the Munster final against Limerick but for the first time since 2017, the Deise are genuine All-Ireland contenders.

While the victory over Cork, put the provincial contingent on notice, their performance in the loss to Limerick in the Munster final sent out a national statement that Waterford are back.

Their tenacity and accuracy in the Provincial loss were a key feature and they will now be favoured to advance to the All-Ireland final at the expense of Clare.

Majority of the key players from 2017 remain in the likes of Stephen O’Keefe, Tadhg de Burca, Austin Gleeson and Jamie Barron remain with Callum Lyons, Stephen Bennett and Dessie Hutchinson now coming into their own under Cahill.

Nobody will want to face Waterford if they are to advance.

The Tribesmen will have come off the Croke Park pitch on Saturday last wondering how they failed to claim a third Leinster title in four years.

Two suckerpunch goals from Kilkenny within a minute of each other would prove the difference and condemn Galway to a quarter-final against Tipperary.

Galway will rue the missed chance at having an extra week to recover but cannot afford to rest on their laurels heading into the clash with the Premier.

They certainly have the firepower to match Tipperary with Joe Canning no longer having to burden all the attacking load with Conor Whelan and Brian Concanon to the fore this Winter.

Shane O’Neill’s side will be favoured but coming into the game off the back off the loss could prove the difference against a team buoyed by a win last weekend.

But, if the 2017 champions show up on Saturday, we will have a rematch of the 2018 All-Ireland final to look forward to.

Few of the many Leinster title victories he has acquired over the years will have pleased Brian Cody more than the win over Galway in GAA HQ.

The Cats had little right to win a game that they trailed in for so long, but that is a sign of a great team and showed the hallmarks of the great Kilkenny sides that so often dug out a win.

The return to form of Richie Hogan will have pleased Cody who will now have the decision to start the Danesfort man or resign him to an impact role.

Were it not for his red card last year, there is every possibility that Kilkenny would be entering the last four stage as champions.

Nonetheless, they are the best poised to win the Liam MacCarthy than they have been since their last triumph in 2015.

One thing is for, they will fear no team entering the semi-finals and hold the most recent championship win over the number 1 ranked side.

There really is no case for any other team to be ranked as favourites for this years championship outside of John Kiely’s juggernaut.

In 2020 they have gone 11/11 in their competitive games as they now hold the last two Munster Championship and National Hurling league titles.

While they were exceptional in the 10-point and 9-point victories over Tipperary and Clare in the first two Munster championship clashes, they would show a new side to their game in the battling Provincial final win over Waterford.

The talent at John Kiely’s disposal is otherworldly and no team can match up with the Shannonsiders on paper but as we know, no All-Ireland is won on paper.

Like Kilkenny, they will have the advantage of a week’s break but are still uncertain of their semi-final opponents.

Nonetheless, Limerick are the pace setters, and the team to beat.

Here’s hoping they can deliver on the early season promise shown thus far.

The post Power Rankings: Six sides remain in the hunt for the All-Ireland Hurling title appeared first on Sporting Limerick.