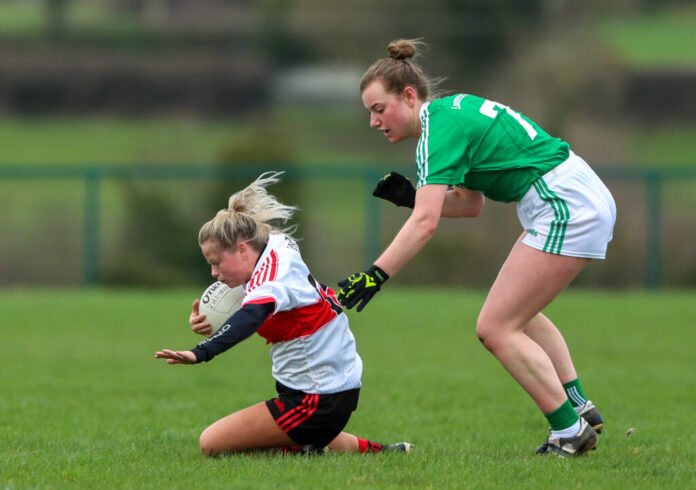 THE Limerick Ladies Footballers are only one step away from the All-Ireland Ladies Junior Football final this Sunday when they take on Fermanagh in the semi-final.

Despite a huge turnover in players, vice-captain Caroline Hickey says each player will need to be a leader on the day if they are to overcome last year’s finalists Fermanagh in Kinnegad.

“Everyone is a leader on the day. It’s not the experienced players, it’s the 26 girls on the panel. Every training we are growing, we are building as a team. You can really see a bond developing between the girls which is great to see.”

Limerick did reach the final in 2018 and Hickey is hopeful that Limerick can make it two in three years while building on that experience of two years ago.

“We are not looking at the final just yet, We re taking the semi first of all. As I said, semi’s are there to be won. You remember the teams that were in the final and not the semi-finals. From the 2018 team, we have eight players and that experience will be hugely beneficial for the girls.

The post WATCH: “Semi-finals are there to be won”- Limerick Ladies vice captain Caroline Hickey appeared first on Sporting Limerick.