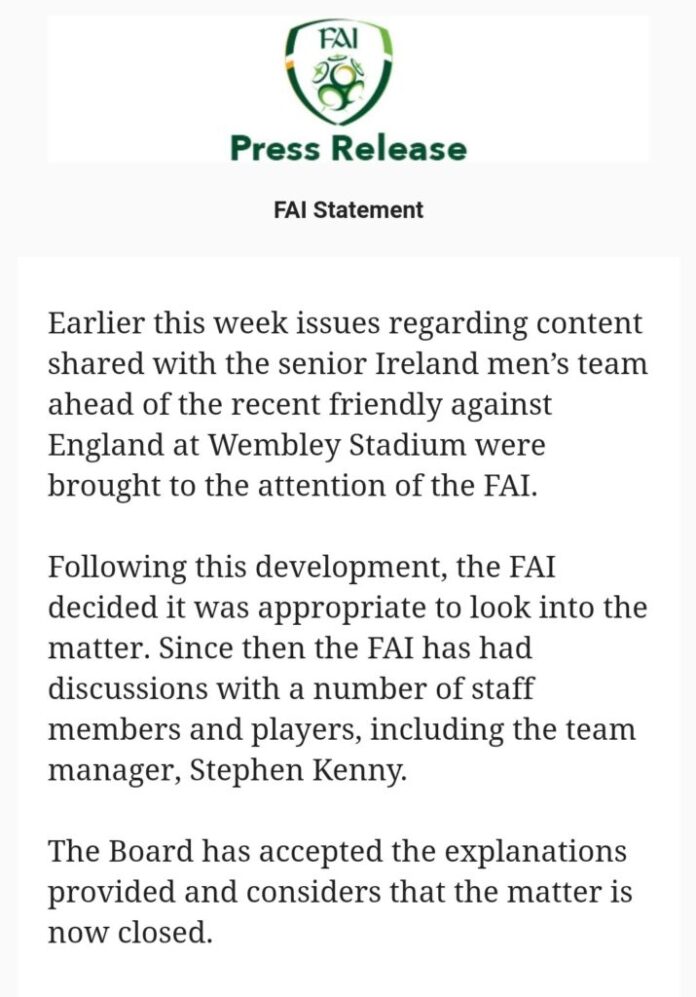 THE FAI have this evening concluded their investigation in to Stephen Kenny’s pre match motivational video. The association have accepted the manager’s explanation and have said the matter is not closed.

It brings to an end a woeful year for the international side which failed to qualify for the Euros next season, have managed just one goal in 2020 and avoided relegation from their nations league group by finishing above Bulgaria.

Read the statement in full below.