Home Sport Gaa “They train as hard as us” Peter Casey Echoes Kiely’s Stance On... 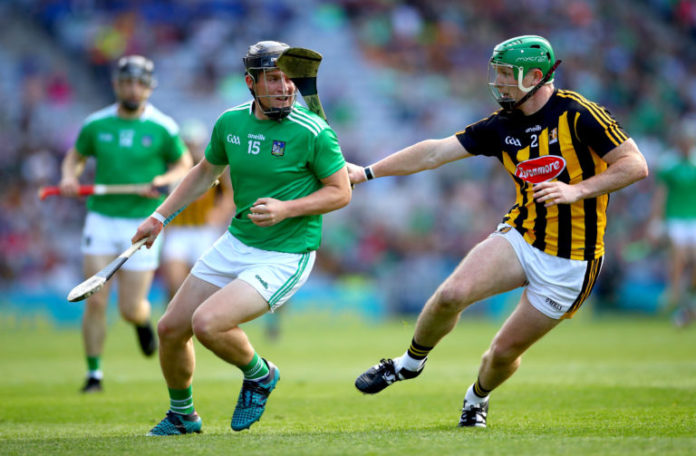 LIMERICK star Peter Casey has echoed the sentiment of his manager as he outlined his desire to see all members of the Limerick panel be permitted to attend championship games.

Last Sunday, in the wake of Limerick’s Munster final victory over Waterford, John Kiely said the win was ‘tinged’ and said he was ‘offended’ by the situation.

Na Piarsaigh man Casey said he hopes the situation can be resolved and discussed the strange feeling off getting the trophy with a number of players absent from Thurles.

“Look I don’t agree with it either. Why can’t the ten lads that have to watch it at home, be up in the stands and implement social distancing like the subs on both teams. There’s thousands that can fit in the stadiums so why can’t they be there aswell.

“Listen they train as hard as us and they should be there. It’s not right, it’s not fair. We will be going to training later and we will be pucking the heads of each other so why can’t they be there. It didn’t feel right getting the cup the last day and not being able to celebrate with them.”

Another Limerick player that was absent form the final was Casey’s brother Michael who underwent knee surgery on Tuesday that will rule him out until the new year.

Casey was an instrumental cog in the 2018 All-Ireland winning side, curbing the influence of Johnny Glynn in the decider and has been a stalwart at full back for the past three seasons.

“Yeah it is tough on him. Listen these are freak injuries and they can happen to anyone at any giving time. Listen he’s getting the surgery done soon and the sooner he gets that done, the sooner he is on the road to recovery.

“Obviously it’s a long road but all of us will be with him, the family obviously and the lads have sent him messages. We are all with him and behind him.”he added.

Casey also spoke about travelling to games on his own, highlighting how lonely it can be.

In terms of playing behind closed doors, he did offer an indication into the mindset of players with the Limerick set up benefiting the squad on match day.

“I’m travelling to training and games on my own and it’s lonely enough, especially driving home from games but it’s great we have won the last three games. You don’t want to be driving home alone after losing but it’s the new norm and something we have to get used to and something I suppose we are used to.

The post “They train as hard as us” Peter Casey Echoes Kiely’s Stance On Panel appeared first on Sporting Limerick.